Home » Round-ups » All About Pumpkins And How To Use Them

It’s that time of year again when pumpkins are everywhere. But this year don’t just think of your trusty pumpkin as something to carve, light and scare the neighbours with. Oh no, there are so many ways to use the great orange veggie, read on….

With Halloween fast approaching I thought I’d do a wee post on using pumpkins and round up my pumpkin recipes too so you have them all here in one place and can make soups, preserves, pickles and even beauty basics. There is also some things you might like to know about the wonderful pumpkin too……

Let’s start with a few fun facts and figures on the the delightful pumpkin.

The name pumpkin comes from the Greek pepon meaning large melon, though the French like to claim the name too as their word for large melon is pompions, but then the French languege did come after Greek so I guess they win on the naming of the pumpkin.

Pumpkins are actually a fruit because they contain seeds (approximately 500 per pumpkin) and are part of the cucurbit family that includes gourds and cucumbers. Please do not try to carve a cucumber though!

The pumpkin is grown on every continent except Antarctica, even pumpkins have standards and feel that would be a step too far and too cold!

In the USA there are 1.5 billion pounds of pumpkin produced every year.

Morton in Illinois calls itself the pumpkin capitol of the world.

The biggest pumpkin on record weighed in at a whopping 2,600lbs! Wouldn’t fancy carving that one.

There are over 45 different varieties of pumpkins and they come in different colours too.

Every part of the pumpkin is edible from the skin to the seeds and of course the flesh in between.

Pumpkins are made up of 90% water which makes them low calorie coming in at about 26 calories per 100g.

You can use pumpkins in all sorts of ways, here are my pumpkin recipes from Larder Love to date;

This is a deliciously light soup yet filling too. Made with coconut milk it ticks all those healthy boxes. Finished off with fresh basil there is just so much flavour in this bowl of goodness.

This is a great soup packed with simple flavours that sing of fall. Sweet pumpkin and juicy tomatoes with the kick of fresh chilli. It’s a comforting hug-in-a-mug.

I love making these pickled pumpkin, they go perfectly with roasts most especially turkey – think Thanksgiving folks! They are also good with burgers and BBQ too and just for adding to a cheese board.

This super tasty pumpkin preserve/jam is great on your toast in the morning but stands up well with a cheeseboard too. I love using it as a glaze for roasting chicken or turkey by just thinning it with a little water.

The goodness of pumpkin cannot be missed when it comes to skin care. It is known for it’s moisturising properties so check it out.

Top to toe in pumpkin! You have to check out how to use pumpkin in all these different ways, it even makes a great facepack.

So there you have it, all praise to the pumpkin and Happy Halloween when it comes! And never throw out that pumpkin felesh again! 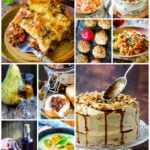 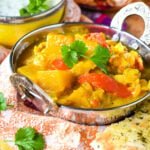 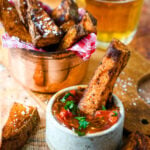 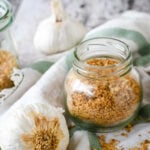 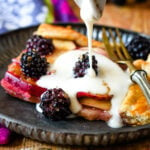 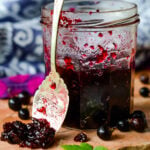