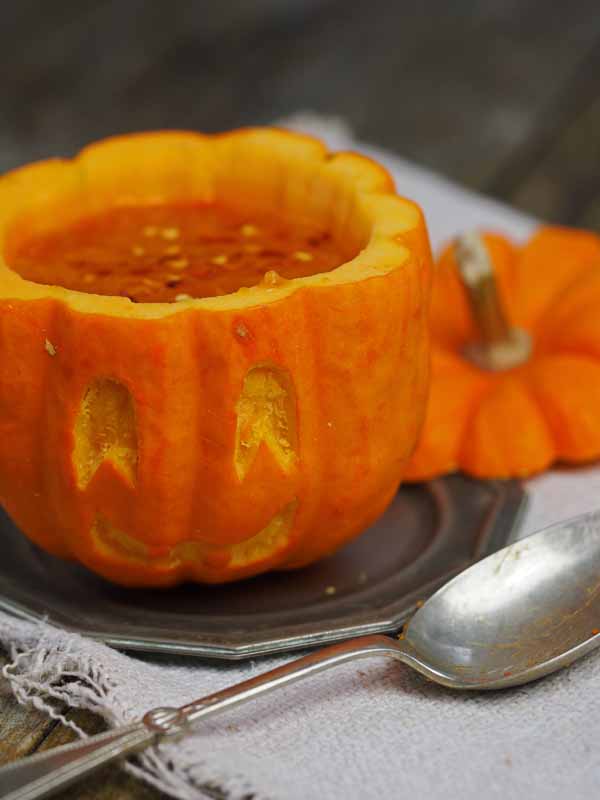 It’s Halloween and the shops are packed with pumpkins so I just had to make this simple pumpkin and tomato soup. I even managed to serve it to Idgy in one of those mini pumpkins after I’d removed the flesh. Looks cute I know but a bit of a faff, anyway it’s Halloween so you have to go for it with those pumpkins.

Here’s what you will need;

How to make pumpkin and tomato soup;

Chop the pumpkin in half and remove the seeds (save these for roasting) and clear out all the stringy stuff. Now chop the flesh into big chunks and then smaller pieces (about 4cm/2″ square) as these are easier to deal with. Now you can slice off the skin. This just saves you wrestling with big unweildy pieces of slippery pumpkin and a sharp knife.

Peel and chop the onion and sweat it in the olive oil until tender but don’t brown it. Toss in the pumpkin. Chop the chilli and add this to the pan.

Add the chicken/veggie stock and bring up to the boil. Lower the heat and simmer for about 45 minutes to 1 hour. You want the pumpkin to be completely soft and tender. Stir in the chopped tomatoes and salt and pepper to taste and cook for a further 10 minutes.

Use either a potato masher or stick blender to cream the soup a bit. I like a textured soup so I just used a potato masher. Serve in cute little scooped out carved pumpkins and add a drizzle of olive oil and a few crushed dried chilli flakes.

Don’t throw away the pumpkin flesh when carving those pumpkins this year, make some tasty pumpkin and tomato soup instead. 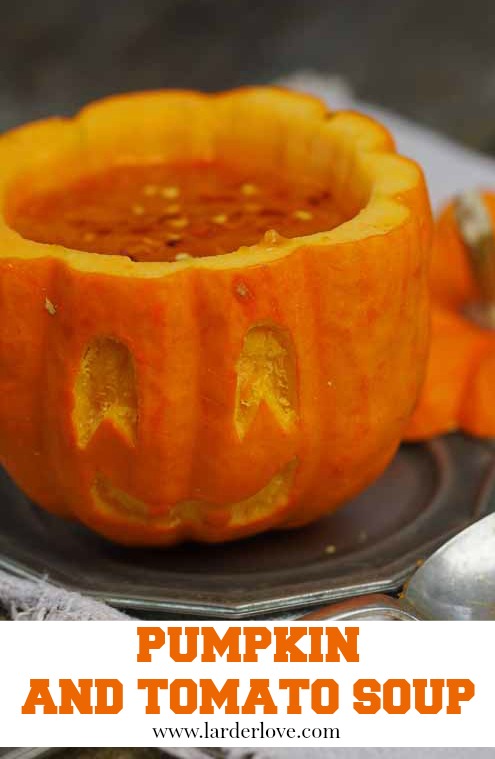