I should have titled this post Life Of Pie. You know me, I love playing with words, so it is amazing that I managed to resist this one. On Wednesday night Idgy and I watched Life Of Pi on DVD. I had missed this amazing film when it came out in the cinema here at the beginning of the year. Totally enthralled and inspired by the movieI decided to make some Indian spiced apple pies.

Life Of Pi is a three part story, we see the mature man called Pi (poor soul had been christened Piscene after a swimming pool in France and had shortened it to Pi to avoid constant teasing at school) telling a writer about his life growing up in India where his parents ran a zoo. Then we are taken on the most amazing journey where the teenage Pi finds himself shipwrecked and floating on the Pacific Ocean with a tiger called Richard Parker, a horrible hyena, an orangutan and a very unfortunate zebra. I won’t spoil things by telling you what happens on the boat but I will say that it will make you cry and make you laugh and bring up all sorts of emotions within if you are anything like me.

The story then moves to Pi relating his adventure to the Japanese authorities who are investigating the shipwreck for insurance purposes. He tells them his amazing story and they can’t get their heads around it, so he tells them a different tale, far more barbaric more real. He asks them to choose which they will believe.

This is one of those movies that hits you on all levels. The story is wonderful and in itself will keep you captivated, but the imagery, the colours, the special effects, oh I am lost for words. Beautiful and spectacular do not do them justice. Let me just say you have to see it to believe it.

So we spent a really lovely evening together curled up by the fire all wrapped up in a wild and amazing adventure. Inspired by the movie and wanting to play with the name, Pi, I decided to make a pie next morning. Something with an Indian spicy feel about it but at the same time comforting. It all sort of came together in my head really, the pie being the liferaft, the Indian spices and the comfort of the apple, a taste of home.

Here is my culinary take on Life Of Pie, Indian Spiced Apple Pies.

The Indian spices just add a fun and flavoursome addition to these little pastries, they are warming but not over the top, and the zing of the orange zest really enhances the fruit and gives it a really refreshing edge.

Did I mention diet the other day? Well these are all part of the plan. You can eat what you want but do it in moderation. Have the good things but don’t go overboard on them. Taste the treats but don’t buy the whole shop.

On that note I shall love you and leave you for the weekend. I hope you have a lovely holiday weekend and that the weather is good to you wherever you are.

Are you doing anything exciting? 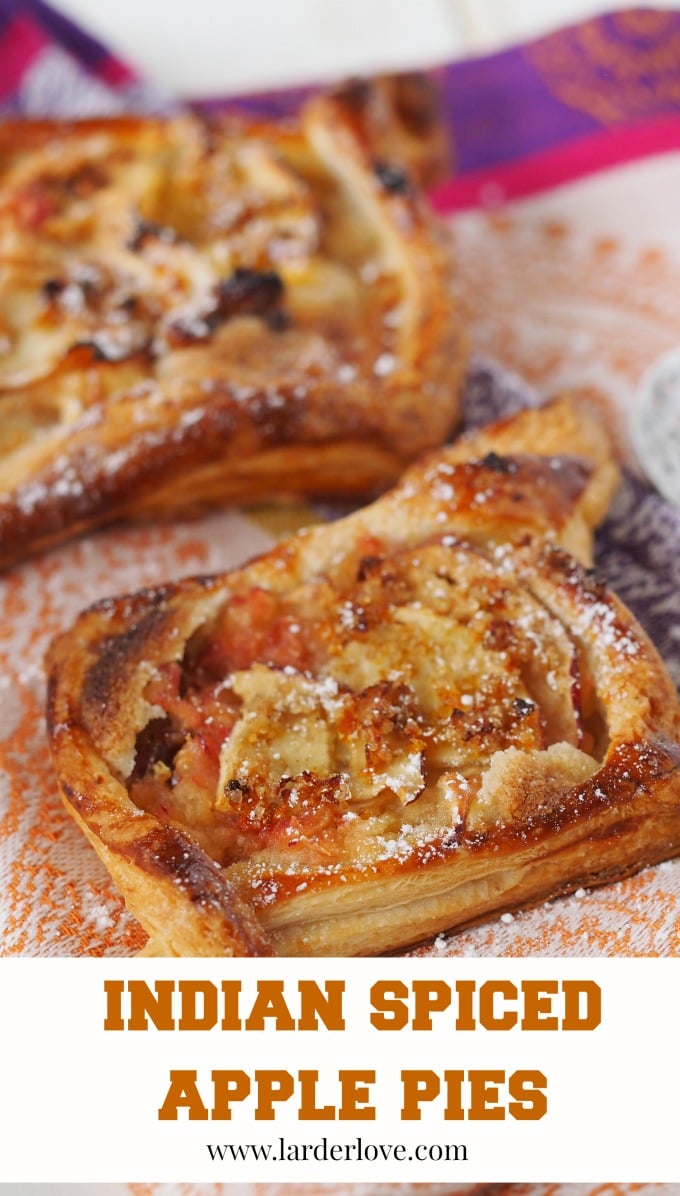