With Mothering Sunday or Mother’s Day fast approaching I thought we’d do a bit of baking. Actually I thought kids could do a bit of easy baking here for their Mum. After all it is her day and it’s so nice when your children actually make something for you. These rhubarb and raspberry tarts are just the thing. 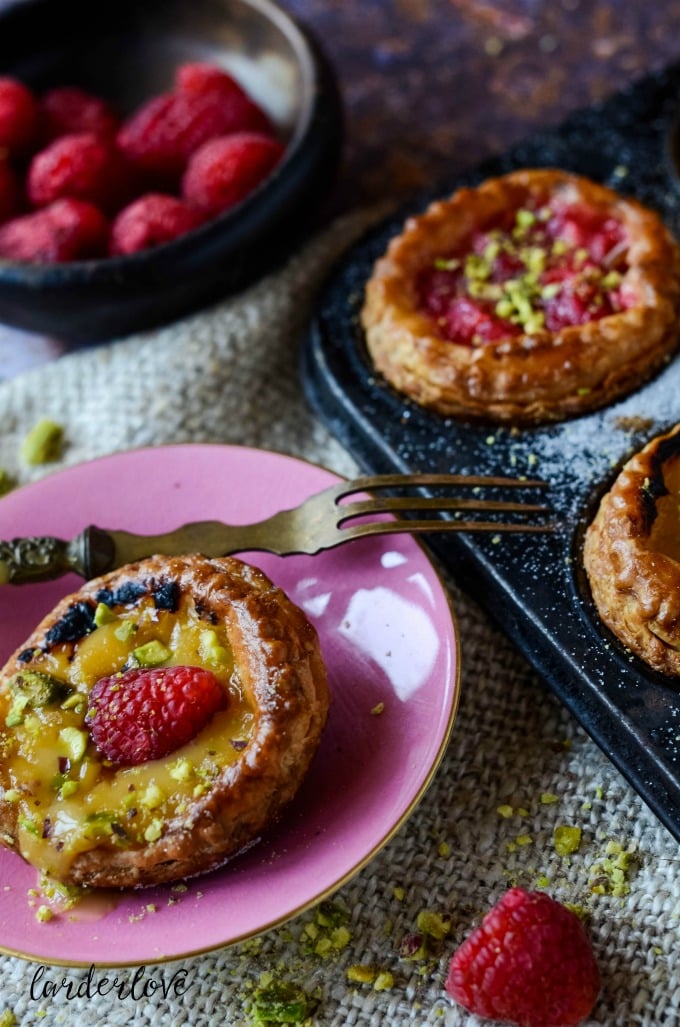 I love rhubarb. To me it’s the first sign of spring. Oh I know this is forced pink rhubarb from Yorkshire. It’s not straight from my garden but it still speaks of spring to me and hope of sunshine to come. 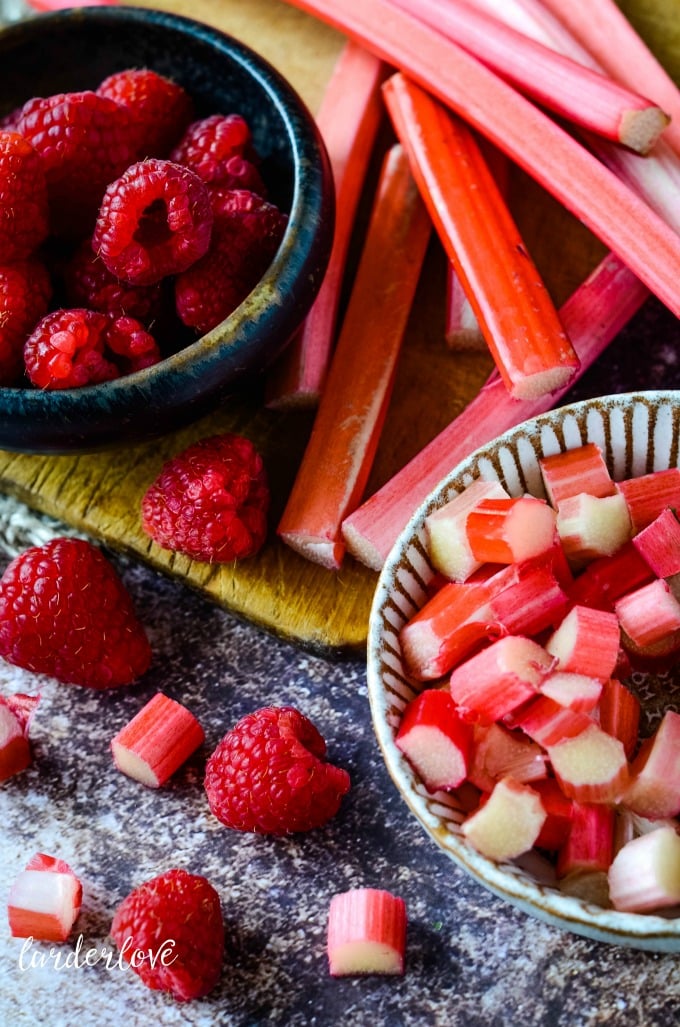 Did you know that this tradition went right back to Roman times. In 16th century Britain it was a day to celebrate Mary Mother of Christ and the Mother Church, not actually your Mum. However it then evolved to cover all mothers and was the day that domestic servants (mostly girls) would be given the day off (this was very rare for servants back then) to go home and visit their mother and attend worship at their local (mother) church. 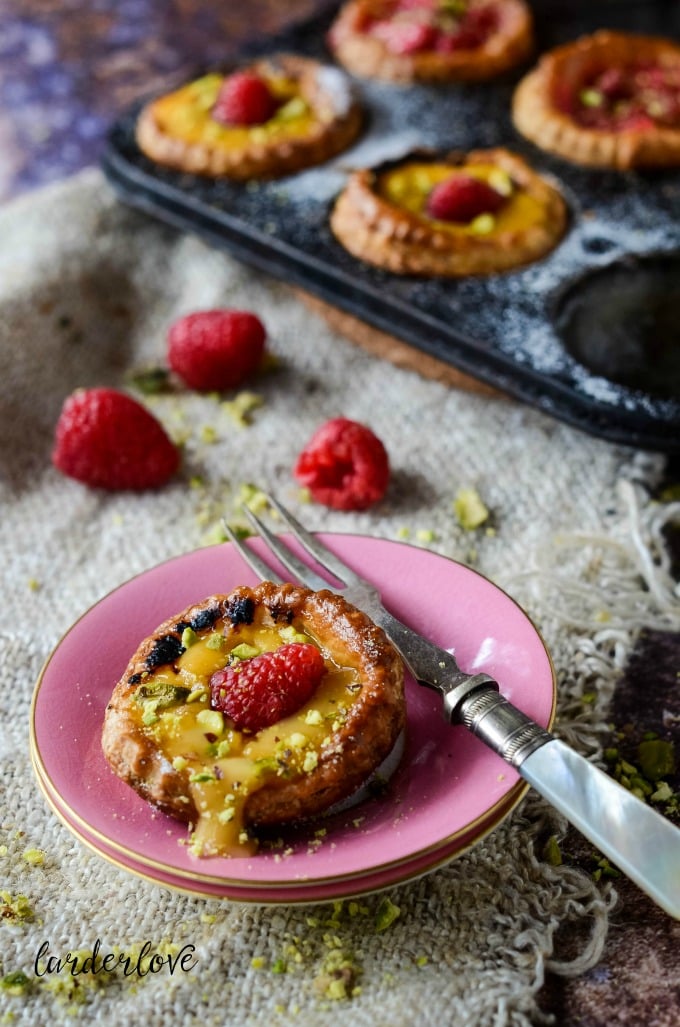 The gift of cake 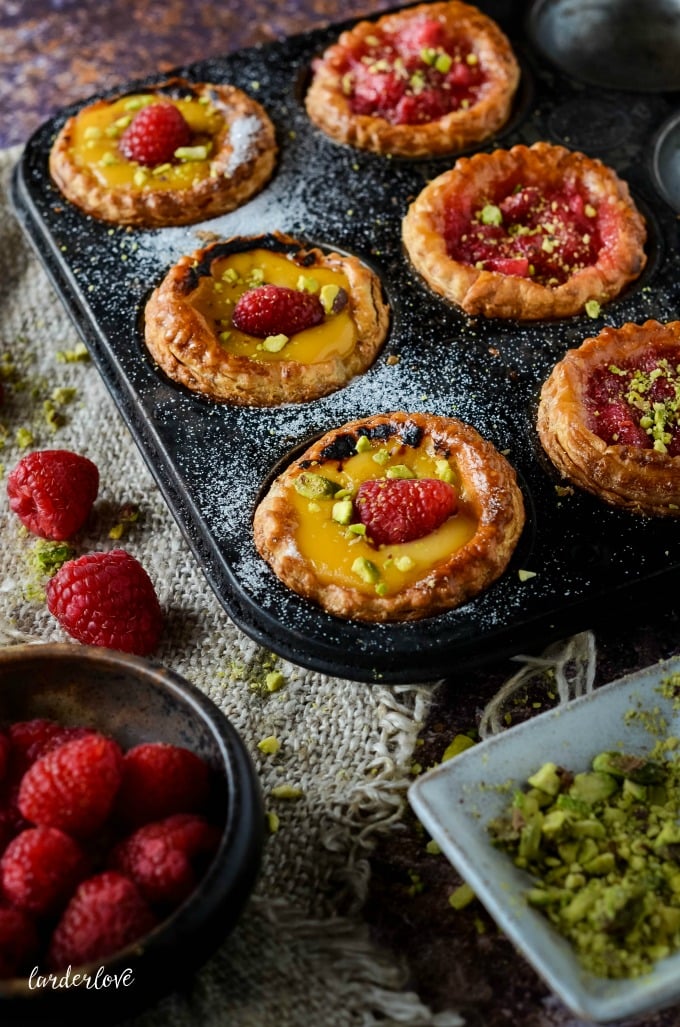 These cute little tarts are really easy to make. That means they are perfect for the kids to have a go at. Okay, so supervision is of course called for, but Dad or someone else can do that. The tarts are made using store bought puff pastry. Quite honestly life is too short to make your own puff pastry. You can buy perfectly good stuff in supermarkets and it saves so much hassle.

If you buy the ready rolled puff pastry then it is just a case of the kids getting those cookie cutters out and making a mess in the kitchen! 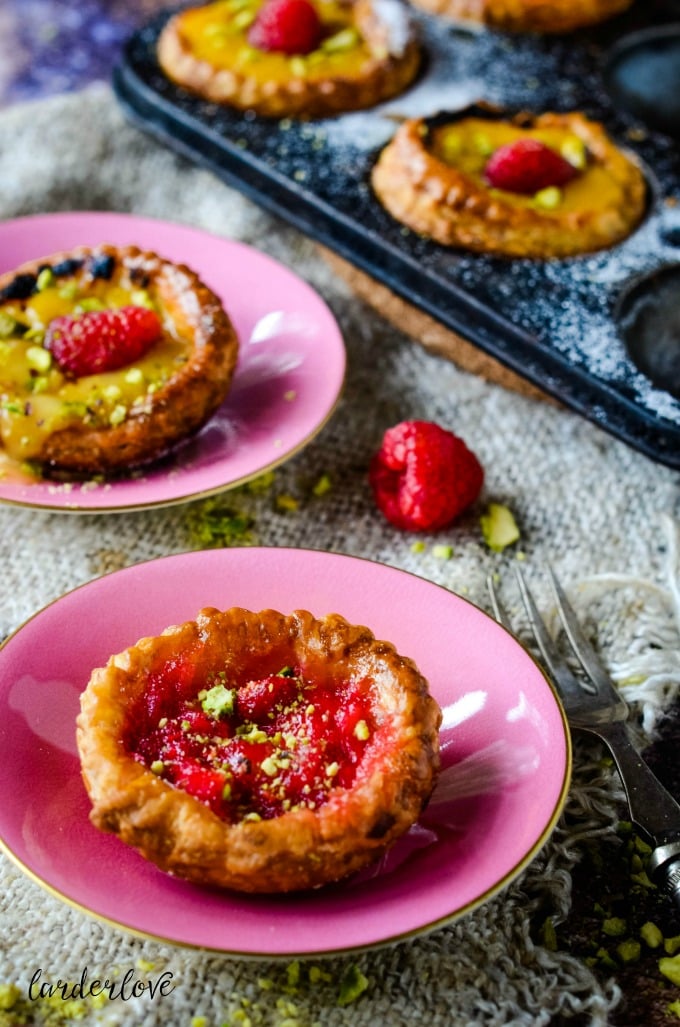 Obviously they will make even more mess when they make the fillings. Now I have made two different tarts here. One type is filled with my rhubarb and raspberry compote and the other is filled with vanilla custard and topped with a single raspberry. The custard tarts are a little like those gorgeous tarts from Portugal.

While we are all capable of making our own custard this recipe is geared towards children. I’m therefore suggesting you buy a nice carton of good quality custard from the chilled section of the supermarket. 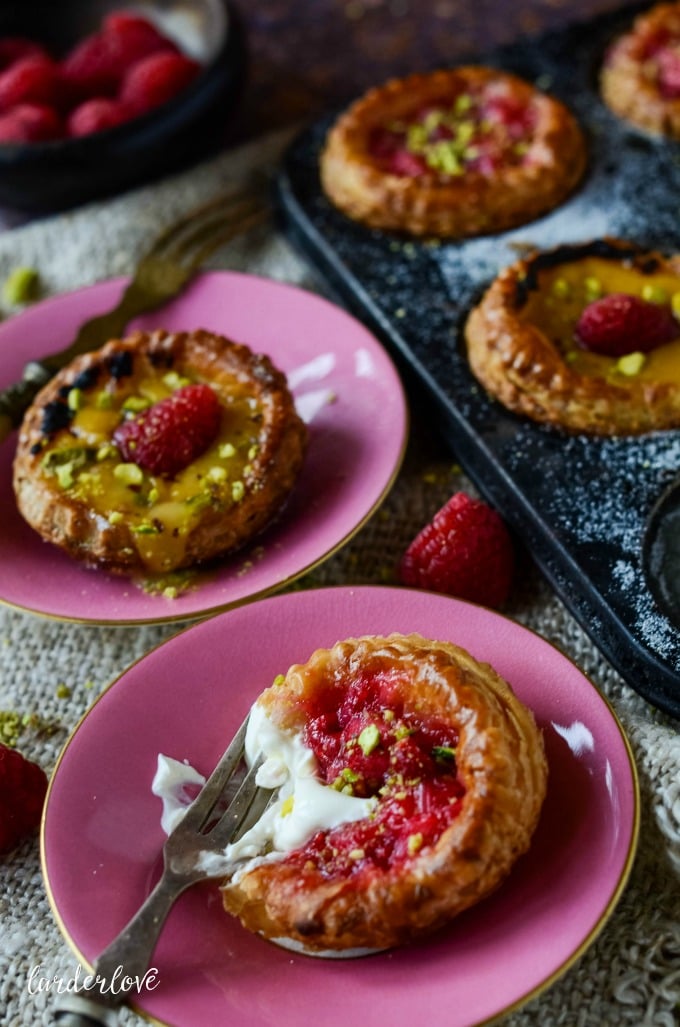 Making your rhubarb and raspberry tarts 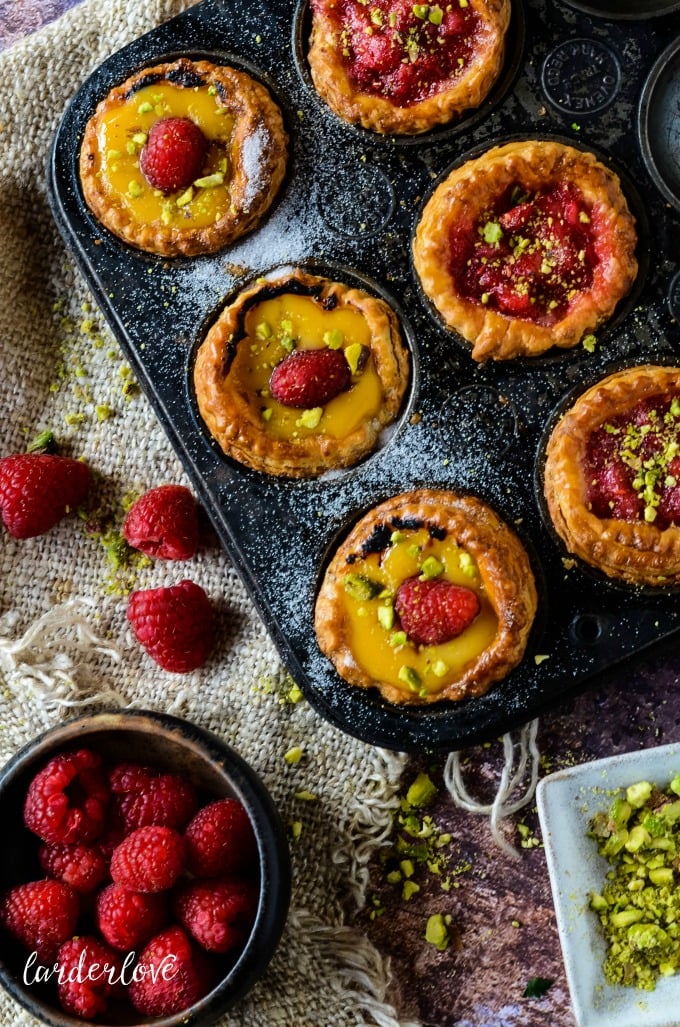 How to make rhubarb and raspberry tarts

This recipe will make 12 rhubarb and raspberry tarts with some pastry left over. Just wrap the pastry well in cling film and a freezer bag and pop it into the freezer to make something else later.

If you don’t want to make your own rhubarb and raspberry compote then just cheat and use Mum’s favourite jam instead. Any left over compote will keep in a little jar in the fridge for up to a week.

Serve with a nice cup of tea, though Mum would probably prefer a large G&T!

Happy Mother’s Day when it comes. 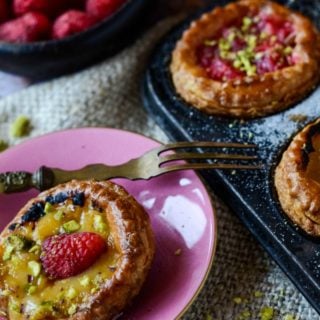 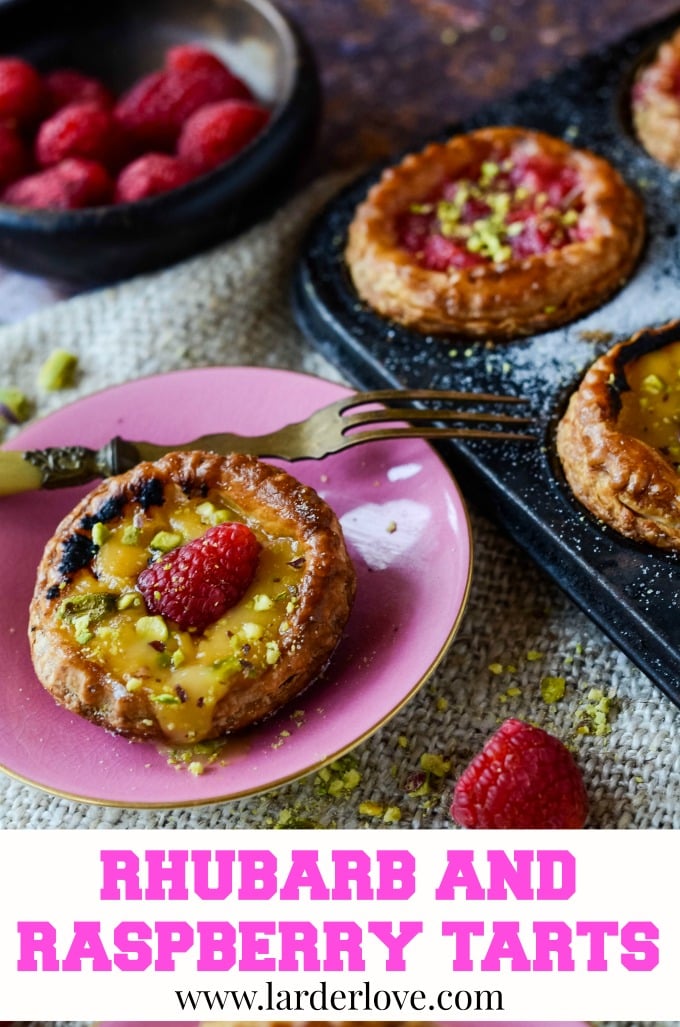 « Make your own Chocolate Scotch Egg
Rhubarb and Ginger Gin »