I love a nice cup of tea. Delicious chilled desserts like ice-cream and sorbet are my thing too. Therefore this Earl Grey Tea Sorbet is just perfect for me. Tea + dessert = perfection! 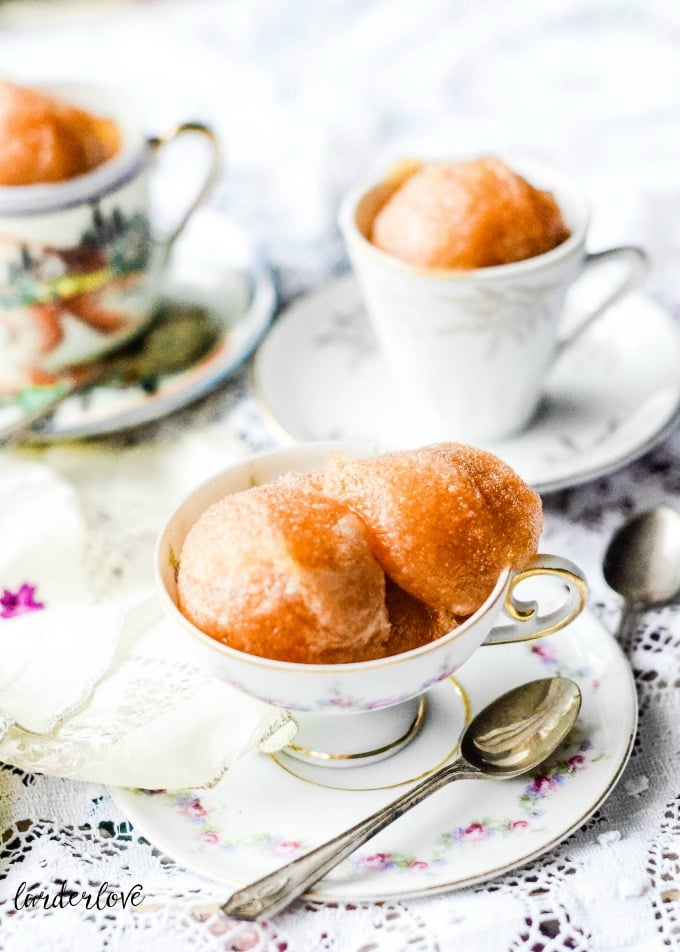 The 21st April is National Tea Day. Isn’t that lovely, a day to celebrate all that is good about the nation’s favourite brew. I’m a Tea Jenny, which is a Scots term for someone who loves tea. From good old builder’s tea in the morning to kick start my day to a nice cup of Earl Grey in the afternoon. 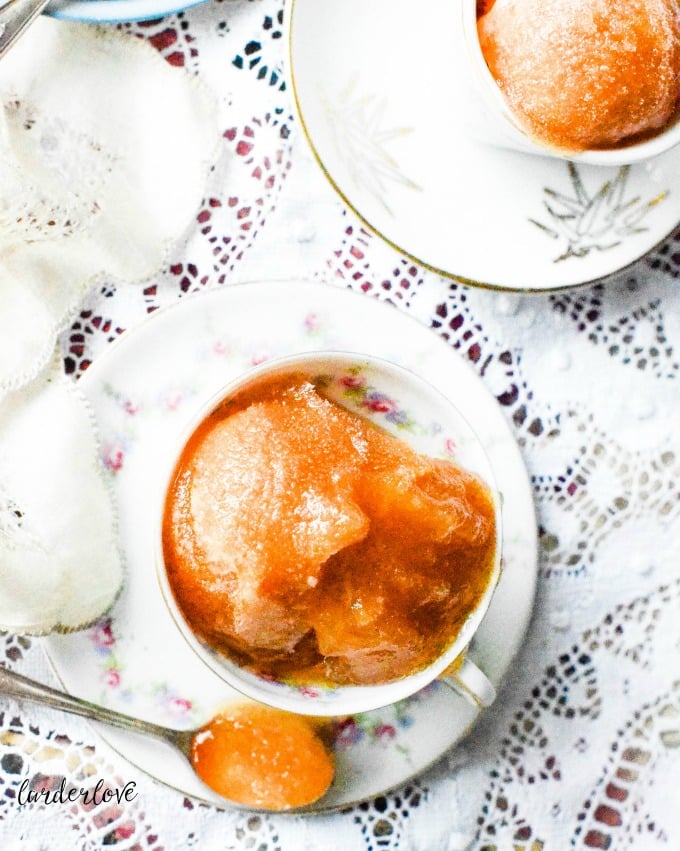 A bit of tea history

It is said that the Chinese Emperor Shen Nung had a tea leaf fall into his bowl of hot water way back in 2737BC and enjoyed the taste of the flavoured water so much he started to put the leaves into his water from then on and tea was born.

In 1908 tea bags were invented by accident. A tea trader wanted to give out samples so put a little tea into silk sachets. People didn’t realise that they were meant to empty these into the tea pot and put the bag in instead. It worked and tea bags were born!

Iced tea is highly popular in USA and this was again invented by accident in 1904 when a tea trader at the World Fair wanted people to try his tea but as it was a heatwave he was afraid nobody would be interested in a hot drink, so he emptied a box of ice into the brew and that is how iced tea became so popular in USA. 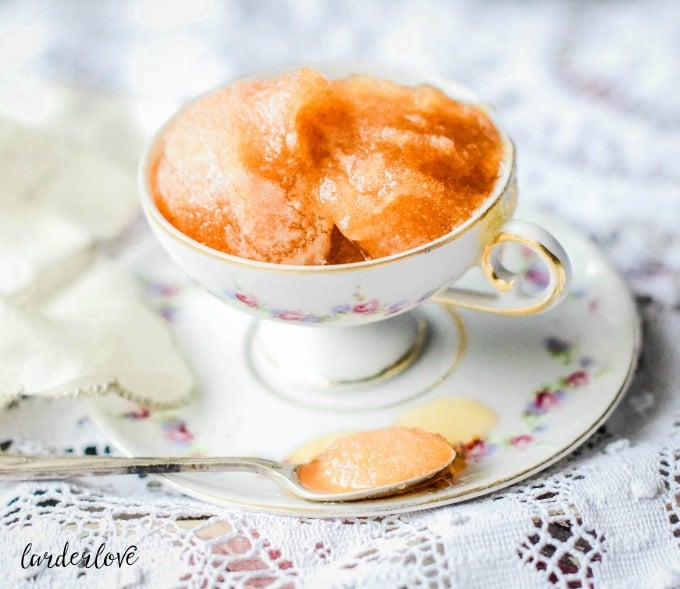 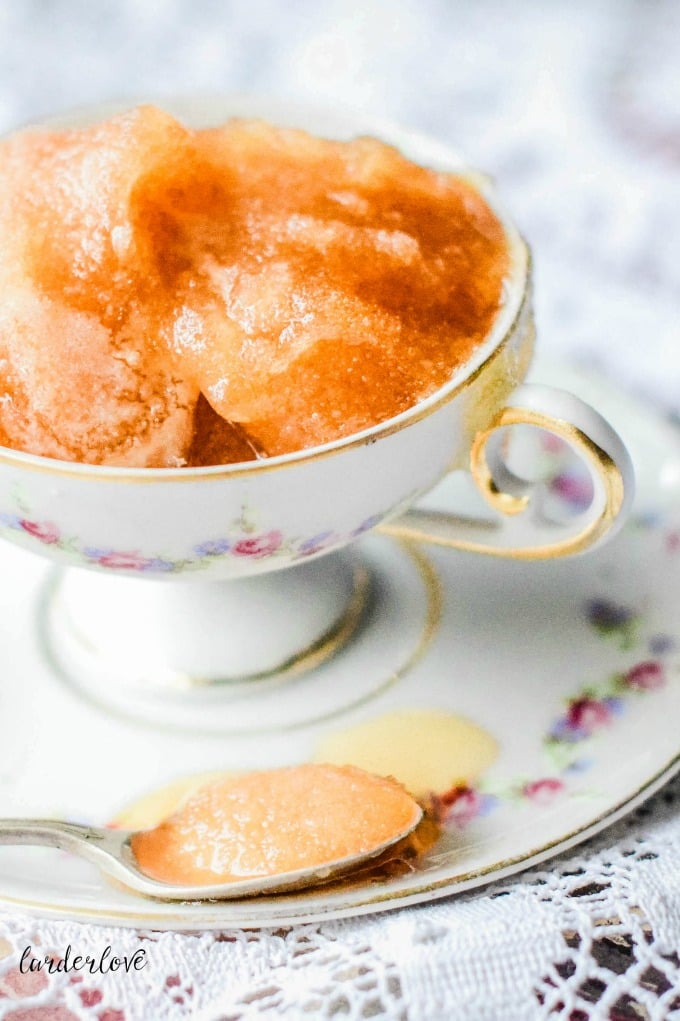 So after all that information it’s time for my recipe for Earl Grey Tea Sorbet. What could be more refreshing and such a delightful colour too. Okay so April isn’t exactly the month one thinks of for sorbets but when you try this you will certainly save it for summer.

I like to serve my Earl Grey tea sorbet in pretty mismatched tea cups and saucers. Your guests will be so impressed to have this as a pretty dessert on a warm afternoon. So maybe we don’t have the right weather just yet, but I couldn’t resist using this recipe to celebrate National Tea Day. 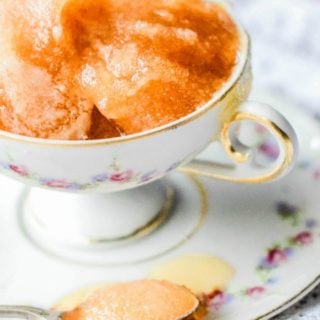 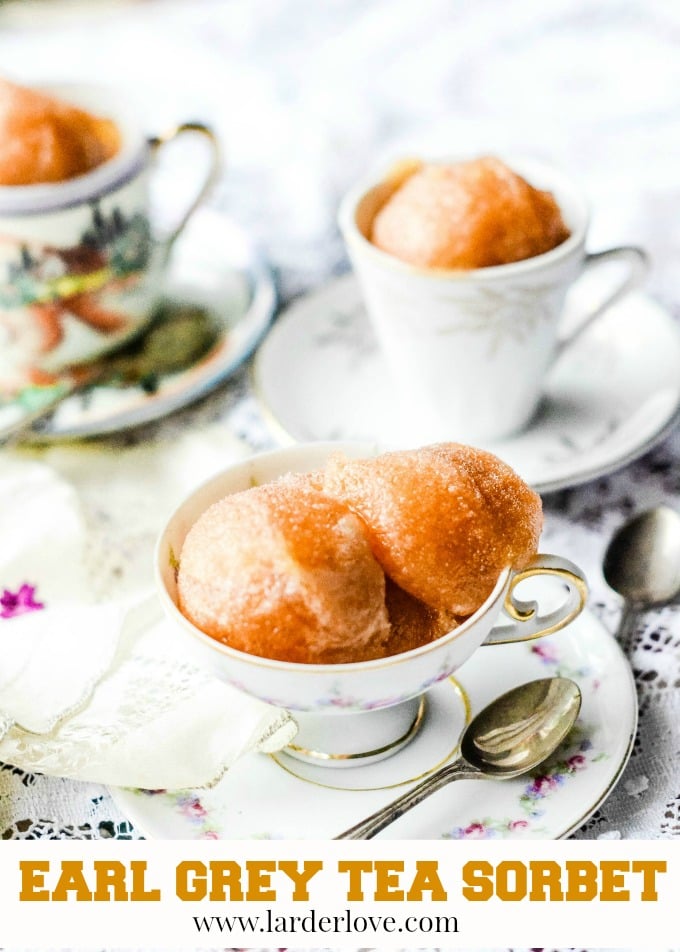