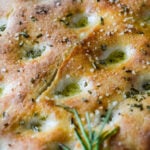 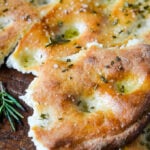 Baking bread is nowhere near as difficult as it seems. This easy rosemary Focaccia bread is so simple and tastes amazing. You’ll never buy store bought focaccia again once you’ve made your own. 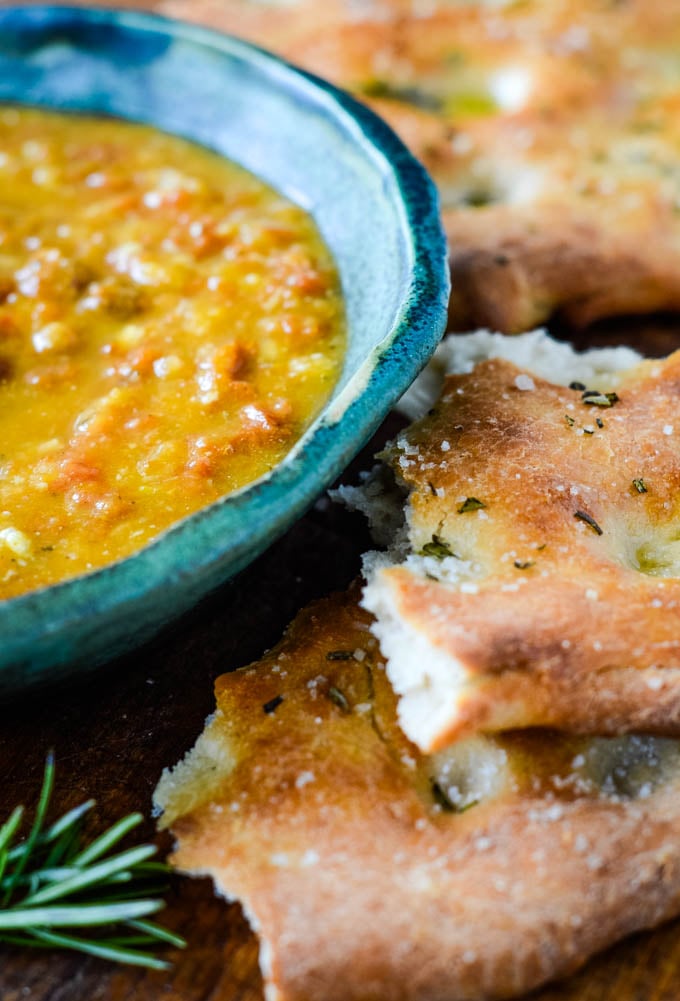 Why you’ll love this focaccia recipe

I was never a keen bread maker. All that kneading and waiting about, just couldn’t be bothered with it.

Then I started making a few different types of bread and got hooked. This super easy rosemary focaccia was one of the first breads I tried and now I make focaccia at least once a week.

Oil and salt are two important components of focaccia. There is oil and salt in the dough mix itself. But the magic happens when you paint on some extra olive oil and add salt to the outside prior to baking.

Wondered what those little dents in focaccia were for? They capture the oil and salt and make the bread fairly sing with flavour.

Why not use this homemade garlic infused olive oil to get even more fabulous flavour into your focaccia.

Ingredients for this easy focaccia bread

Do you have to use strong bread flour to make focaccia?

No, yoou can use standard plain flour instead if that is all you have to hand.

How to make focaccia bread

I love focaccia with a bowl of soup, they go together perfectly.

Serve it with stews to mop up all that aromatic gravy.

And of course serve your rosemary focaccia with a cheeseboard or anti pasti platter.

Can you freeze focaccia?

Yes you can freeze the pre-cooked dough in plastic bag to bake another day. Or freeze a cooled baked loaf of focaccia bread well wrapped in baking parchment and clingfilm/plastic for up to a month. 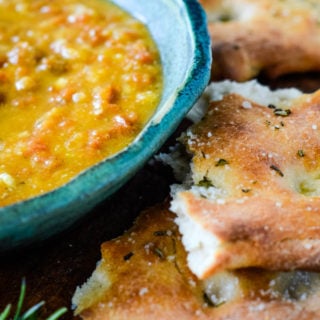 If you don’t have bread flour you can use plain flour instead. Try using garlic-infused oil to really ramp up the flavour in this super easy focaccia bread.