Turnips/swede are synonymous with Halloween in Scotland so I thought I’d make this turnip jam to celebrate this spooky night. 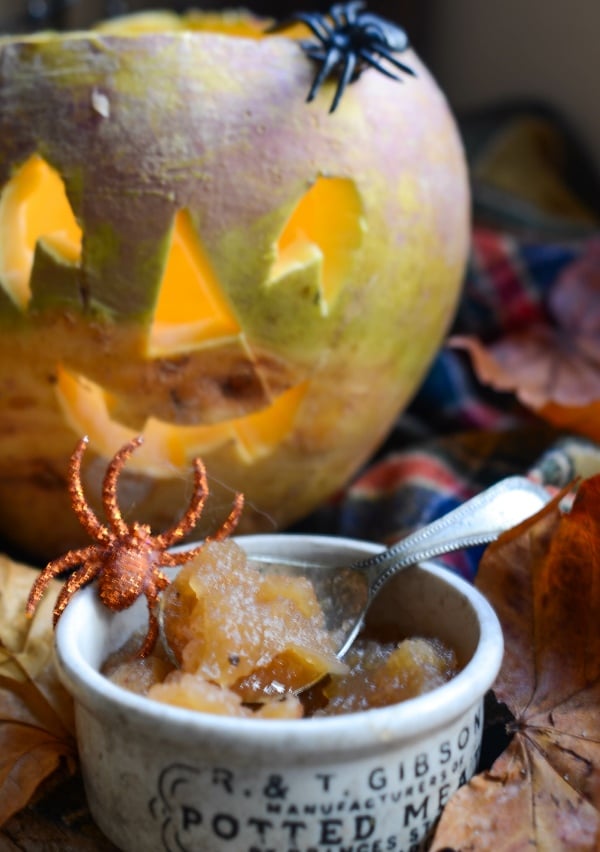 Today is a BBC Radio Scotland day and we are celebrating Halloween in Scotland, which means turnips (or neeps) not pumpkins.

Well, it used to when I was a child. Nowadays all the supermarkets fairly groan under the weight of the ubiquitous pumpkin, but way back in the 60s and 70s the humble turnip was the star of the show. 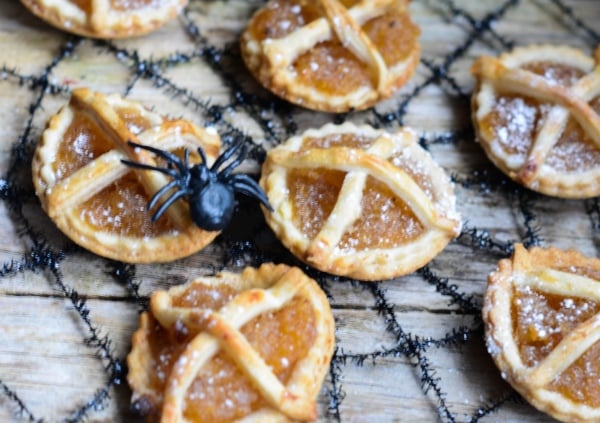 The whole Jack O’lantern legend goes way back in time and traces its roots back to Ireland when a sneaky sort called Stingy Jack took on the devil and played games with him over the years.

So he was destined to live out eternity walking the earth on 31st October with the burning coal which he put inside a hollowed-out turnip so he could see in the dark.

One of the recipes I’m sharing today is this quirky yet strangely tasty Turnip Jam. I know, who’d make jam from a turnip, well I just had to try and the results are surprisingly good, especially in a turnip jam tart! 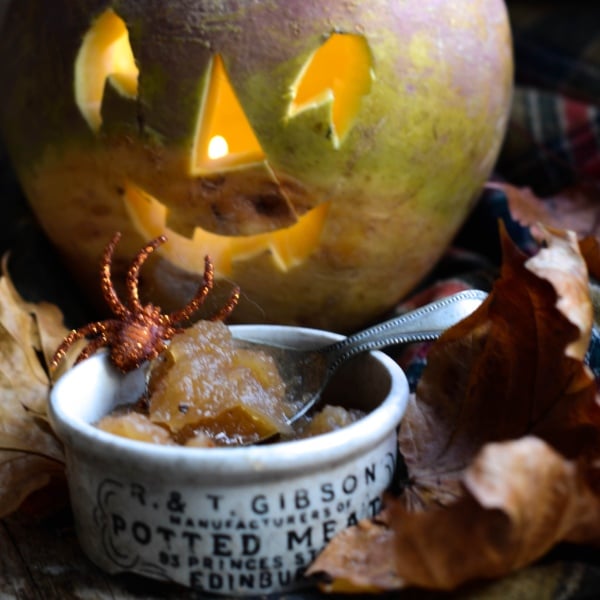 So set those pumpkins aside for one year and embrace the humble turnip. Hollow one out and give him a candle, make some turnip jam and pickles (come back tomorrow) and let’s celebrate Halloween with a wee bit of Scottish style!

Looking for more Halloween inspired recipes to try? Then check these out before you go;

All about pumpkins and how to use them 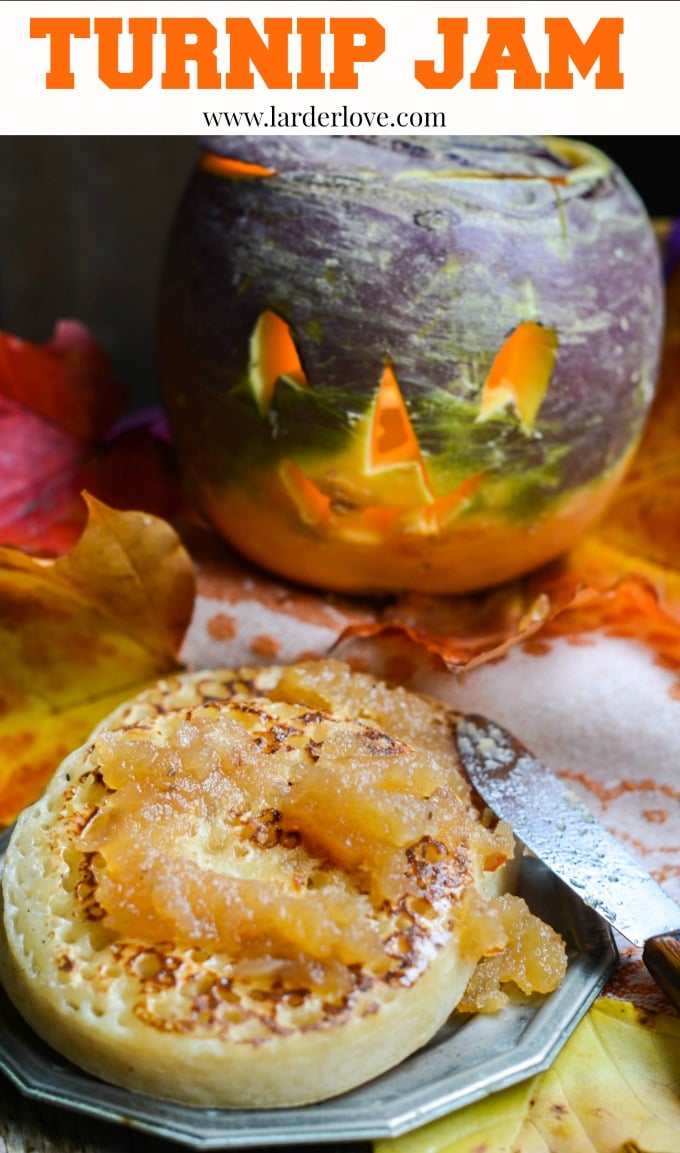 Finally, if you do try this simple pumpkin/swede jam recipe don’t forget to leave a comment/rating below. I love hearing from readers and respond to everyone. Want more Larder Love? Then follow me on Facebook, Pinterest and Instagram and sign up for my newsletter too.