Like the comfort feeling of good old porridge but want something a wee bit lighter? This is quinoa porridge, more like spring time porridge than the usual stuff which kind of smacks of winter time. 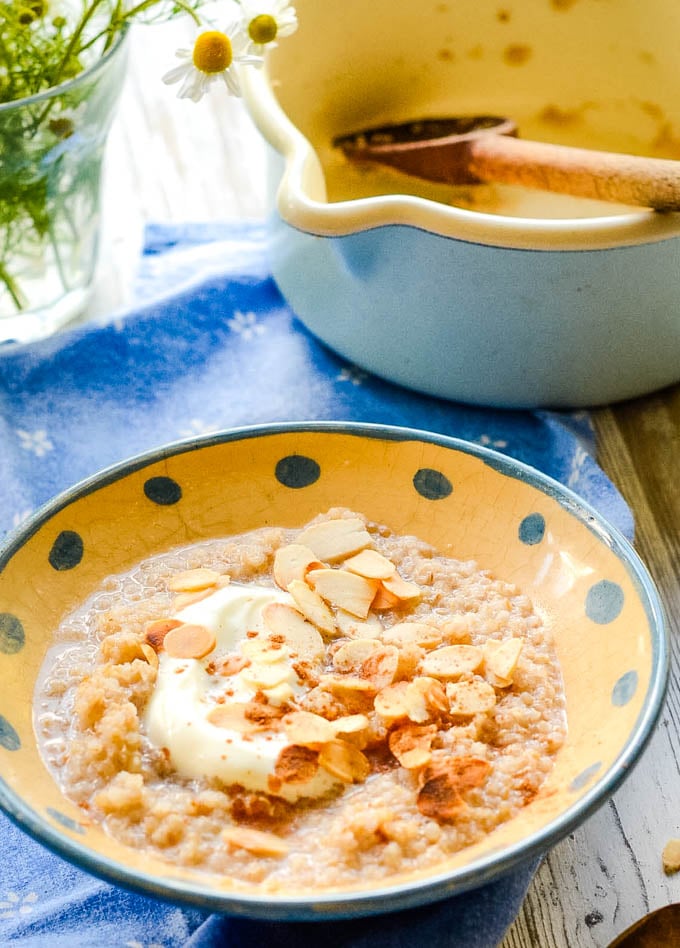 This is like a modern take on that old Scottish favourite porridge and a great way to start your day. While I love porridge I do like ringing the changes now and then so this quinoa version is a great alternative to the usual oats and is so easy to make.

I got into quinoa quite a few years ago when I was going through a health kick as I had all sorts of nasty tummy disorders and was determined to change my lifestyle and eat as healthily as possible. 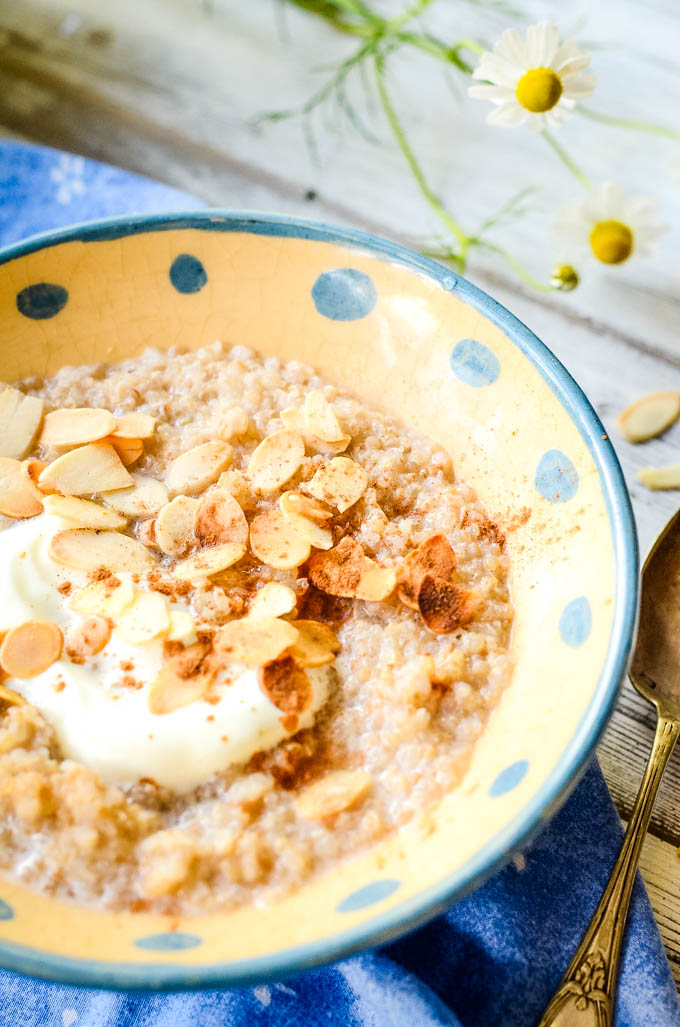 Breakfast being the most important meal of the day became something of a mission for me. I wanted to have something different every day so started playing with the whole porridge thing and coming up with as many ways to make bowlfuls of goodness as I could.

I’d make this quinoa porridge if I had used quinoa in a recipe the night before. If you are cooking for one it is often just as easy to make extra on anything and just store it for later use.

This quinoa is a case in point. While I might have had it on the side with chicken etc the night before I could now use it as the star of the show the next morning. 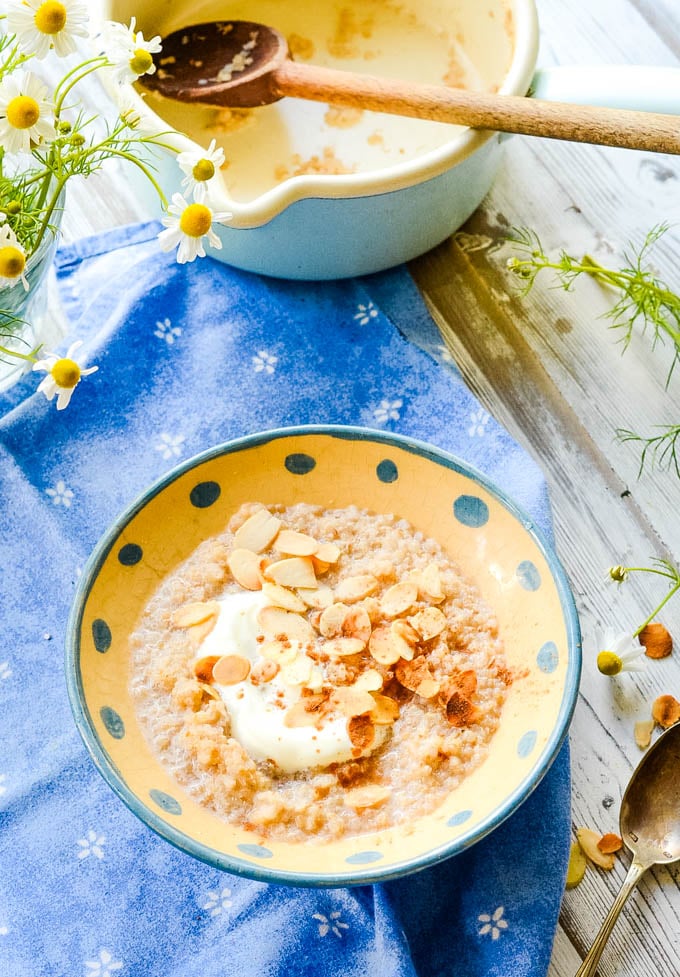 The only other ingredients you need is a few drops of vanilla extract, some almond milk, ground cinnamon, toasted flaked almonds and Greek yogurt to serve. You can even make your own Greek style yogurt here.

Yes, yes and yes again! Quinoa is gluten-free for a start. It is high in protein and one of the few plant foods that contain good quantities of all the nine essential amino acids.. 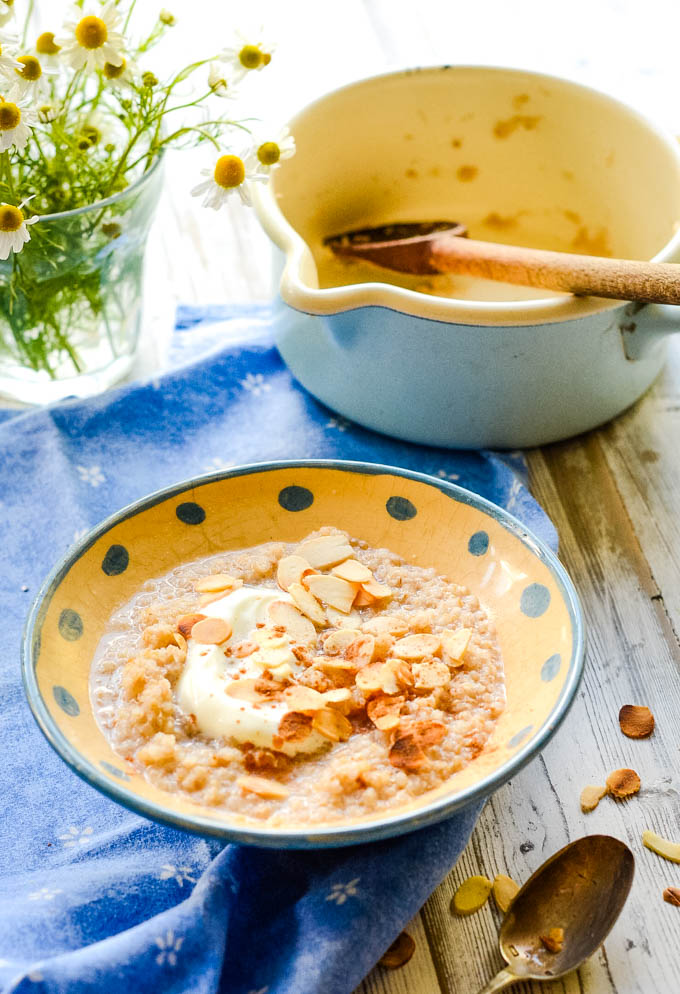 So get your day off to a great start with this super easy quinoa porridge.

Looking for other porridge ideas? Then check these out;

All Nuts And Seeds Porridge

Easy traditional Scottish porridge and all you’ve ever wanted to know about porridge! 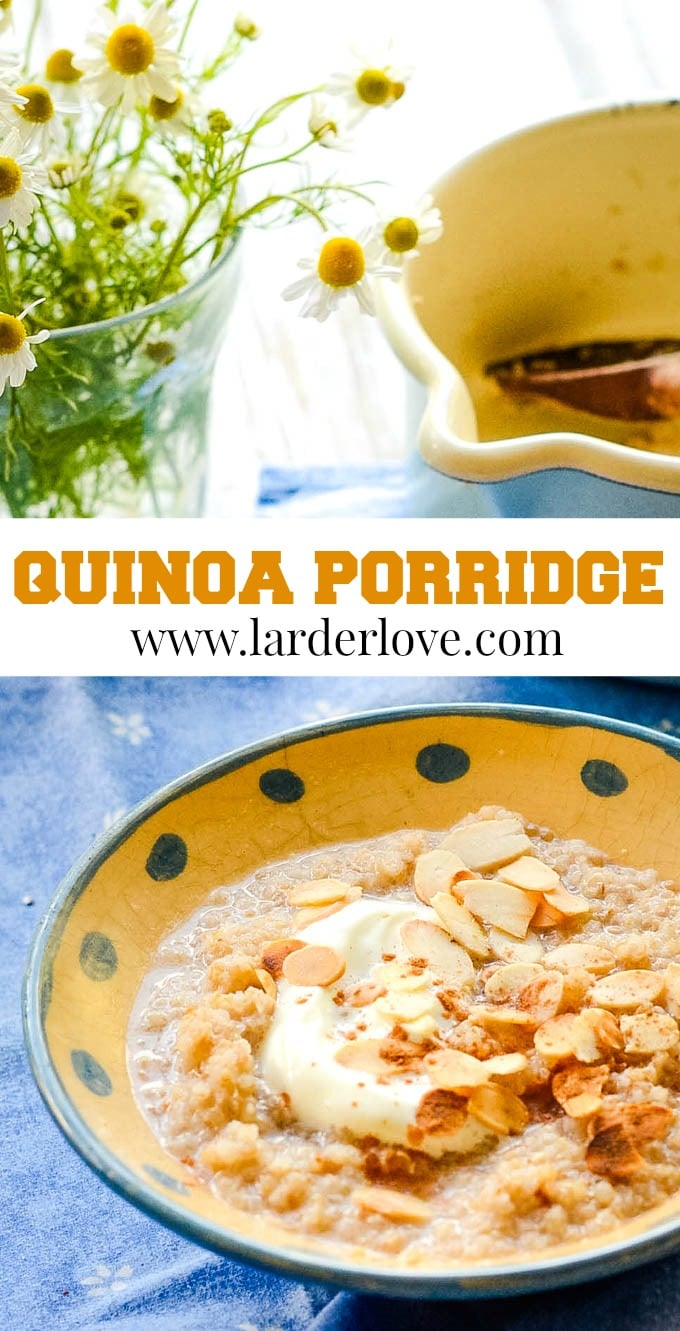 PS Do comment and let me know if you try this recipe or if you have any questions. I love to hear from readers and reply to every comment just as soon as I can.  If you never want to miss a recipe and want to know more about Larder Love then follow me on Pinterest and Instagram and sign up for my weekly newsletter, you’ll get 3 FREE ebooks too. 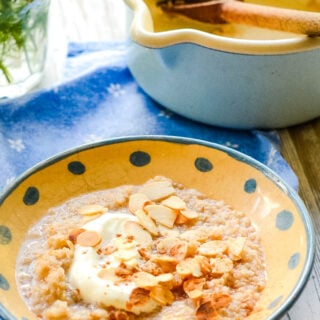