I love stuffed vegetables and these quick and easy Greek style vegetarian stuffed red peppers/yemista are one of my favourite dishes to rustle up for a filling lunch or for supper with a salad on the side. 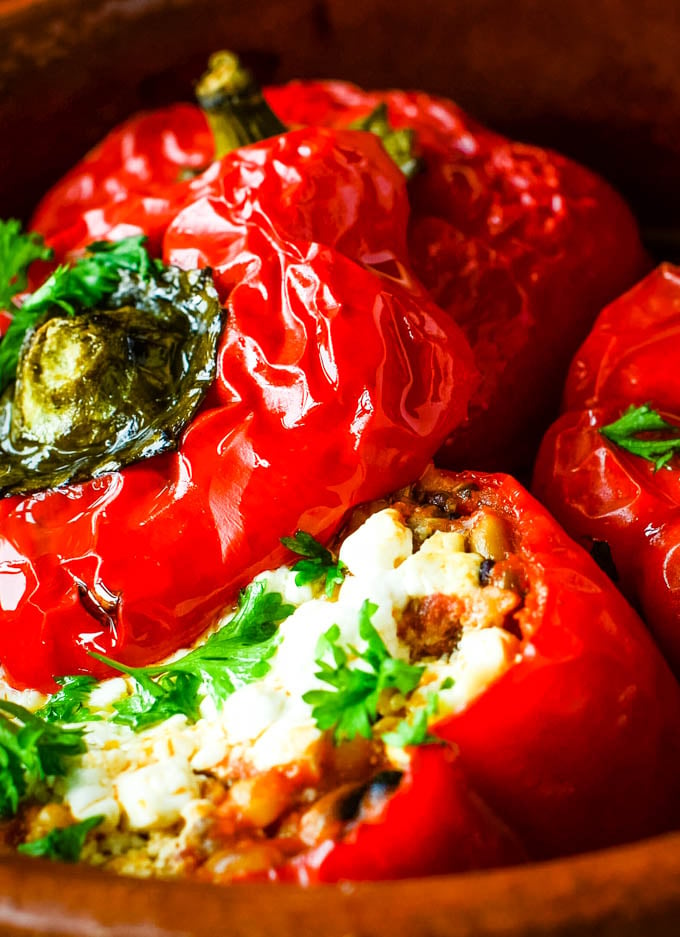 Stuffed veggies are very much part of the Mediterranean diet especially in Greece. In fact in Greece stuffed veggies have their own section on the menu. They are called Yemista/gemista, which translates as filled.

In our little village we tend to be given the extra peppers, tomatoes and other veggies when friends and neighbours have a glut in their gardens.  This easy recipe for vegetarian stuffed peppers is a great way to use sweet tasty red peppers. 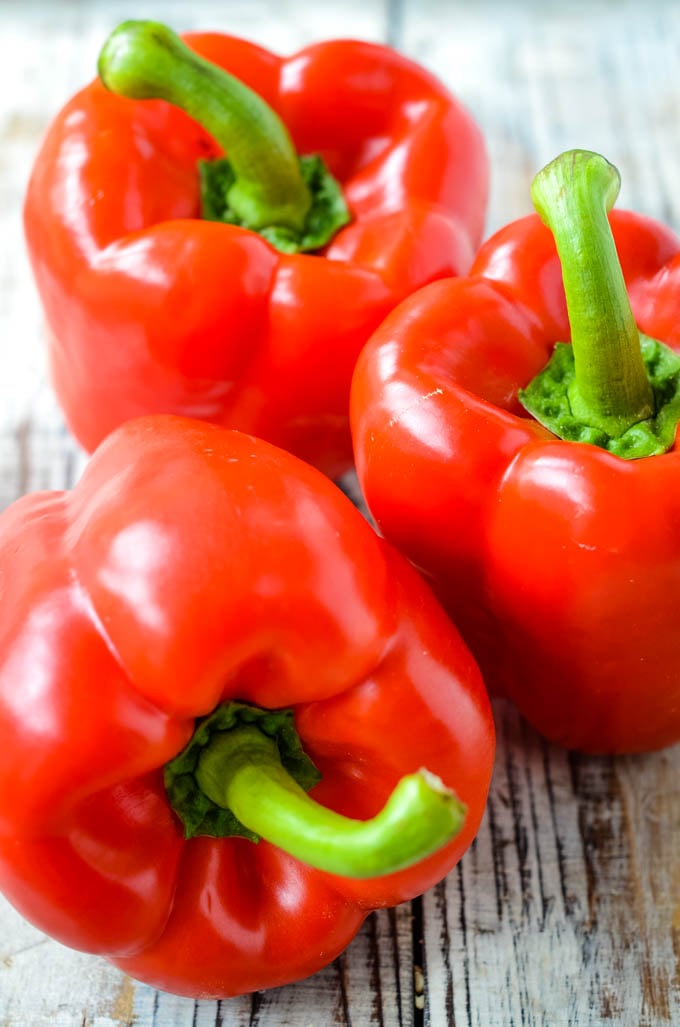 What type of peppers to use for stuffed peppers

Bell peppers are obviously the best choice for their perfect cup like shape. Once you slice off the top with the stalk there is just the most perfect receptacle for any sort of stuffing you like.

Green peppers are quite bitter because they are the youngest and least ripe peppers. They are often used in Asian cooking.

Yellow and orange peppers are getting sweeter towards the ripest and sweetest of bell peppers – red peppers.

You can use any colour of bell pepper for this Greek style vegetarian stuffed peppers recipe. It is a matter of personal choice. 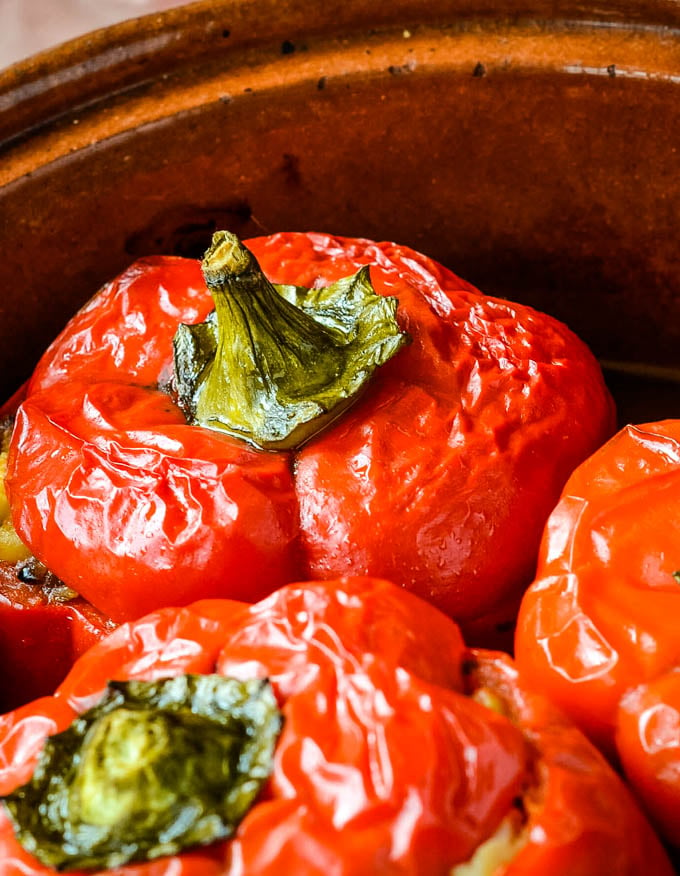 The ingredients are simple, just the peppers themselves plus tomatoes, garlic, sun dried tomatoes, breadcrumbs, seasoning plus dried and fresh herbs.

Oil for cooking in the oven and that’s it. 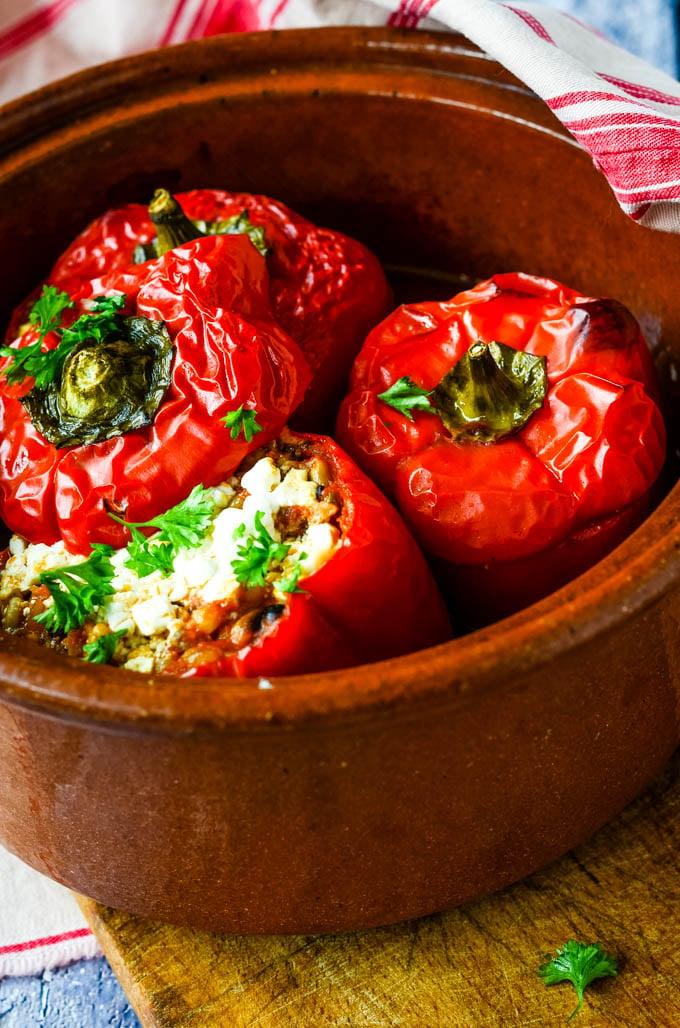 How to make stuffed peppers

Just cut the tops off the peppers and remove seeds from inside.

Mix all the stuffing ingredients in a bowl and then pack this into the peppers and pop on their lids.

Place upright in an oven dish that holds them closely together. This is to stop them falling over whilst baking in the oven.

Pour over a little olive oil and bake in the oven for about 25 minutes or until the peppers are really tender.

Stuffed peppers should fall apart on your plate at the mere touch of a fork. They should not be served hard or crisp in any way. Stuffed peppers are soft and the pepper flesh should melt in your mouth. 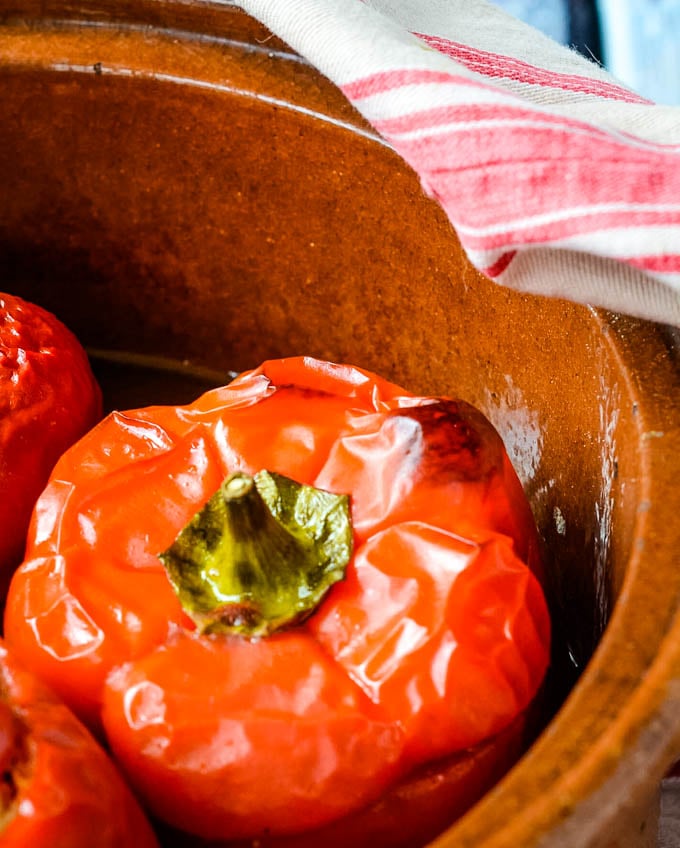 This is one-pot cooking and only a few minutes of prep time. The oven does the rest of the work for you in about 25 minutes. Now that’s good healthy quick and easy fast food in my book!

How many will these stuffed peppers serve?

I’m using two peppers here which can serve one person as a main course or two people as a side dish with something else.

How to serve vegetarian stuffed peppers

These are great just as they are. A super tasty vegetarian meal in themselves. Want a more substantial meal, then serve stuffed peppers as a side dish. They are great with an omelette or frittata.

Not a vegetarian? Then enjoy these stuffed peppers alongside a pork chop or any other meat dish. Stuffed peppers are perfect for serving alongside BBQ food. All your rice and veggies in one neat pepper package! 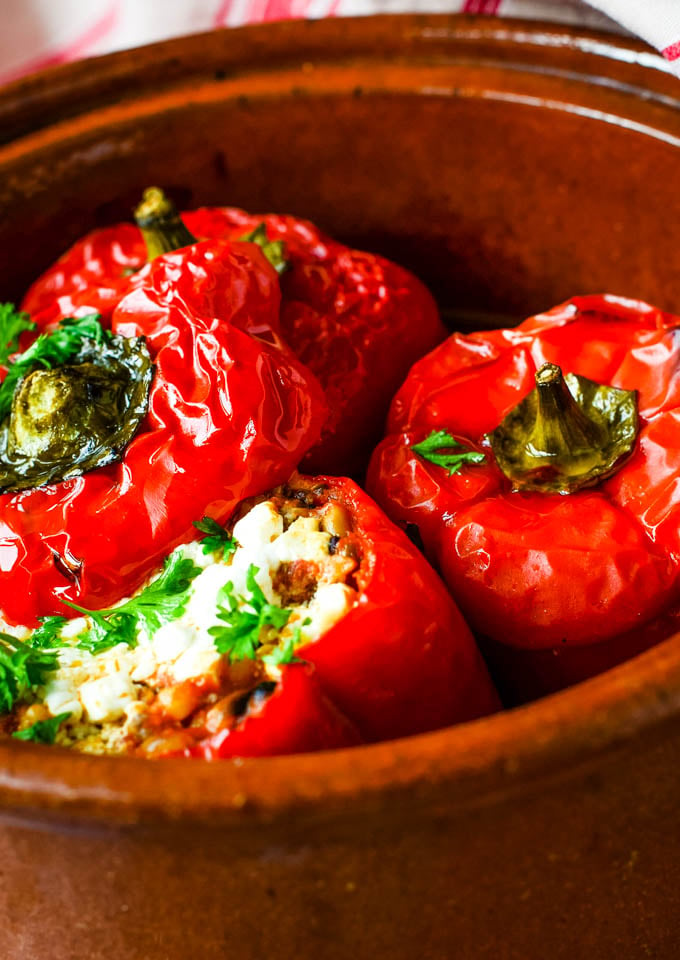 Simple easy stuffed peppers and a little bit of Greek sunshine on a plate no matter where you are.

Looking for more stuffed vegetable recipes? Then check these out before you go;

Finally, if you do try this Greek style vegetarian stuffed peppers recipe don’t forget to leave a comment/rating below. I love heating from readers and respond to everyone as soon as I can. Want more Larder Love? Then follow me on Instagram, Facebook and Pinterest and sign up for my newsletter too. 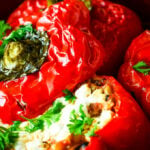 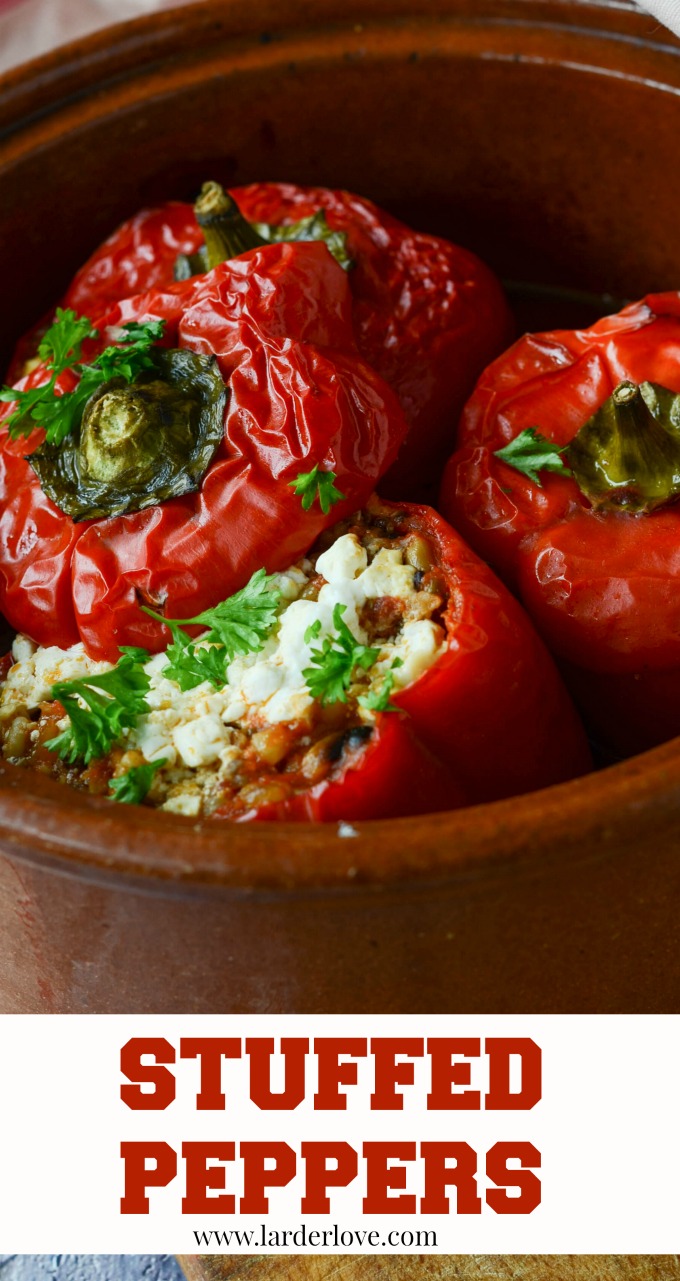