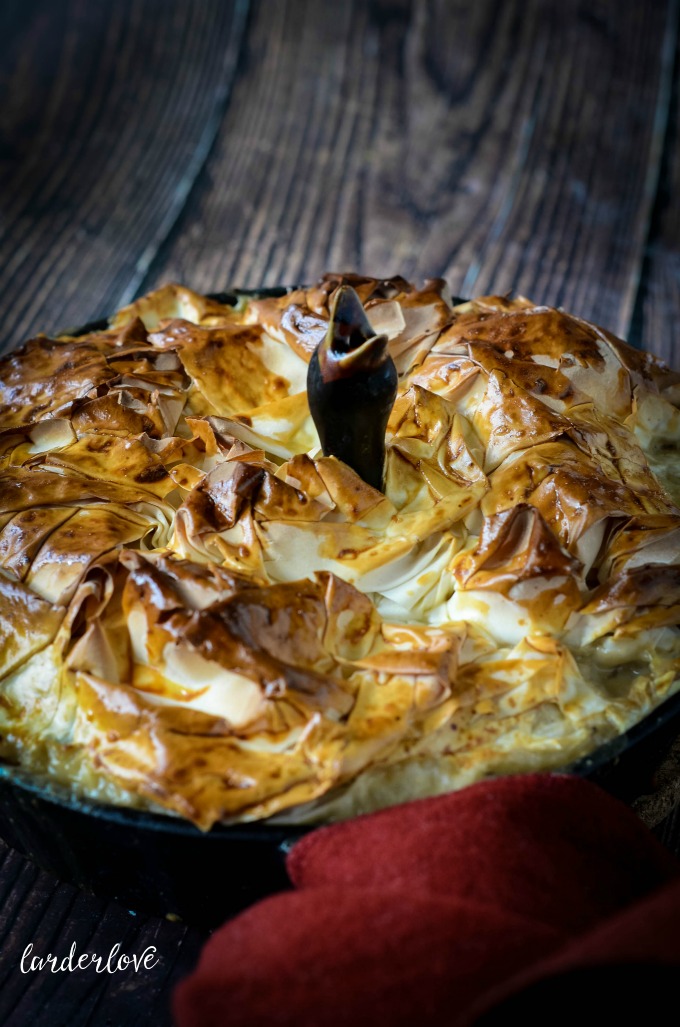 Read on for my recipe for chicken and leek pie

This is British Pie Week so it would be rude not to feature a pie recipe, and you know me, never knowingly rude and all that. Anyway what pie to make, it had to be my favourite, chicken and leek pie. 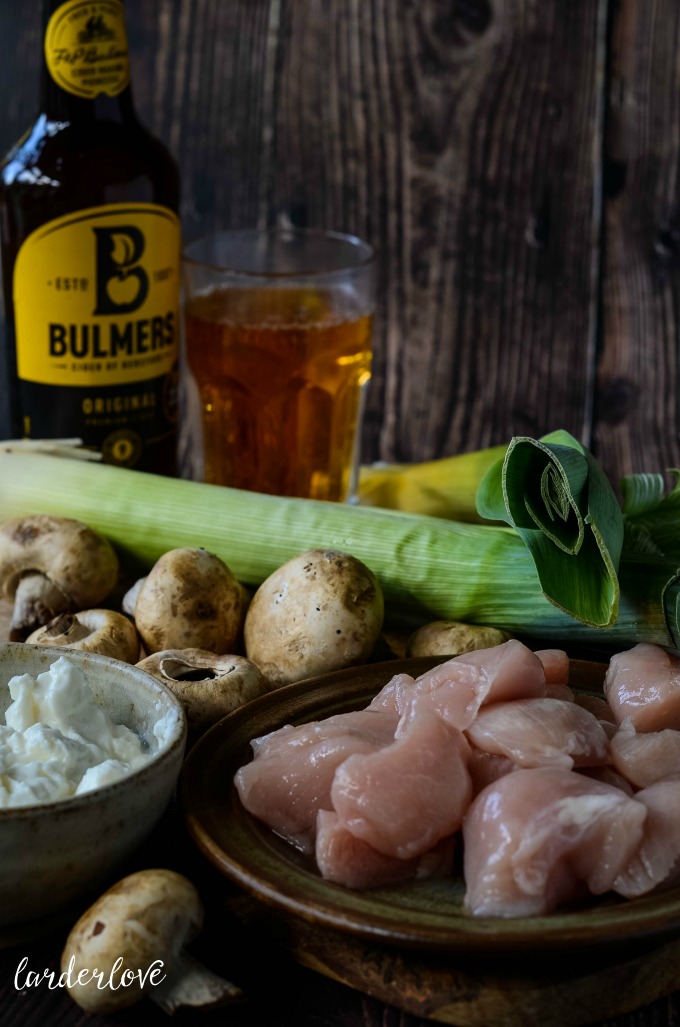 Not just chicken and leek pie

Of course there are other goodies in this pie. I’ve got mushrooms, a clove of garlic, Greek yogurt, feta cheese and half a bottle of cider in there. Oh yes and the leeks and chicken too of course. 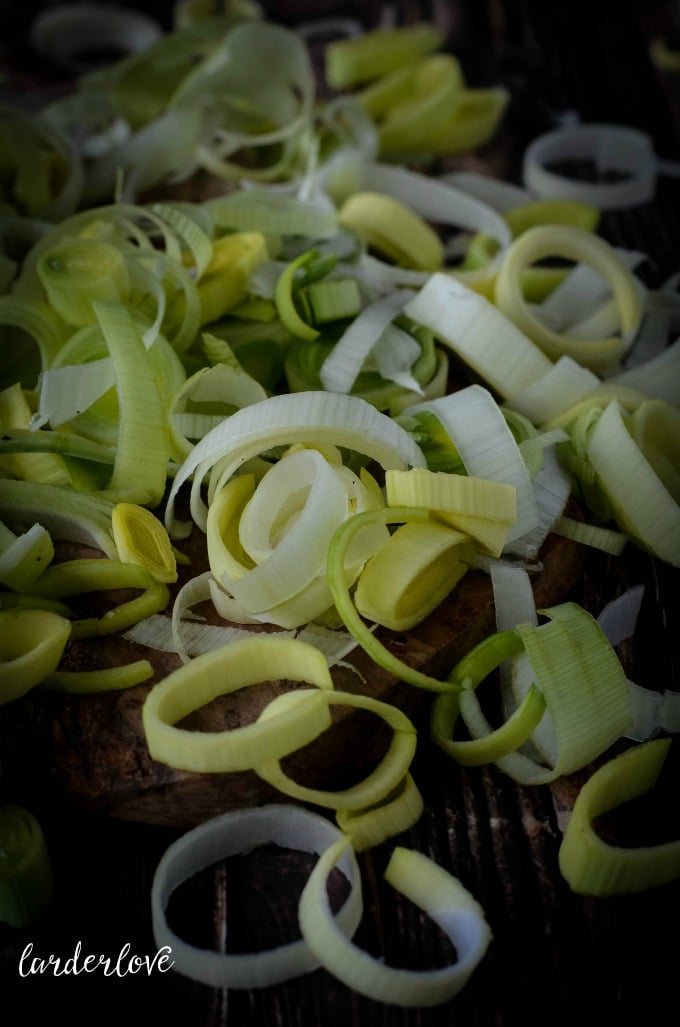 British Pie week was started to celebrate all that is good about the great British pie from steak and kidney or chicken and leek to that great family favourite the humble apple pie. 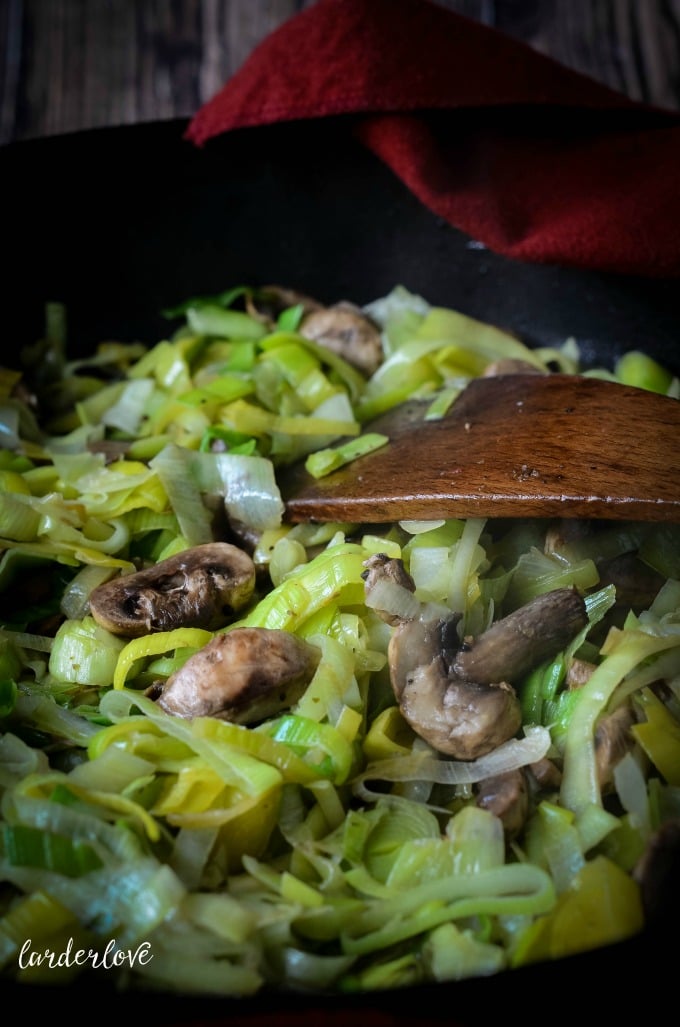 What is a pie?

A pie by definition is a dish that has both a pastry base and a pastry top. So even though we call things like pumpkin pie a pie, strictly speaking they are not because they don’t have a pastry lid on top. 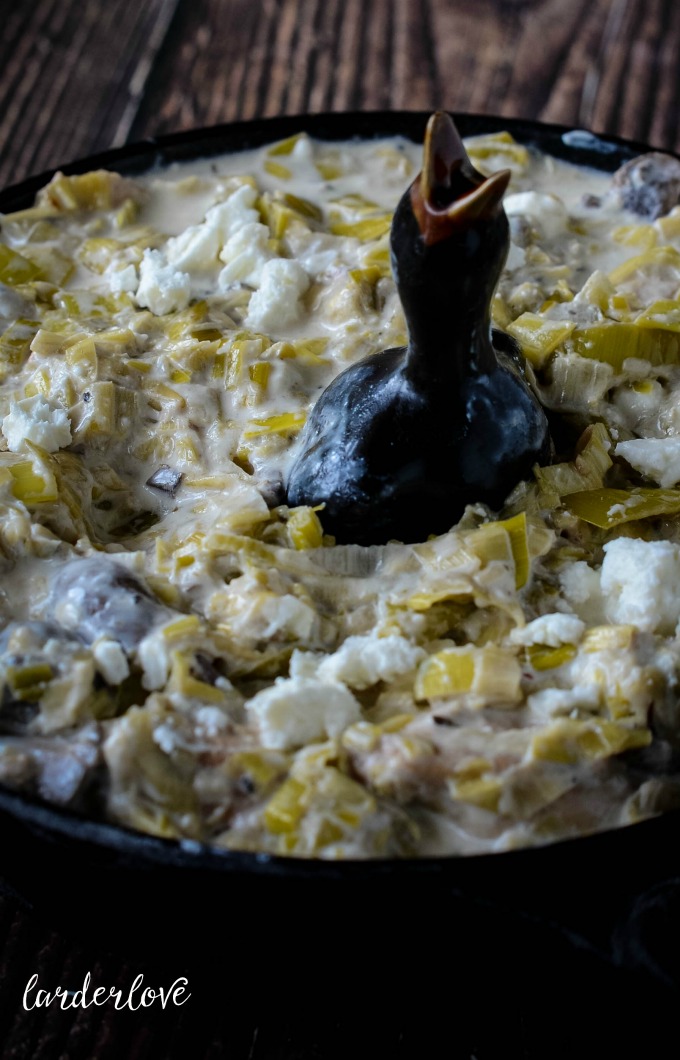 Pies go right back to Roman times when oysters, meat, mussels or fish were encased in hard pastry cases for the Roman soldiers to carry while marching. The pastry cases then were actually inedible and merely a way of encasing the food to make it easier to carry, saving having to carry plates etc. 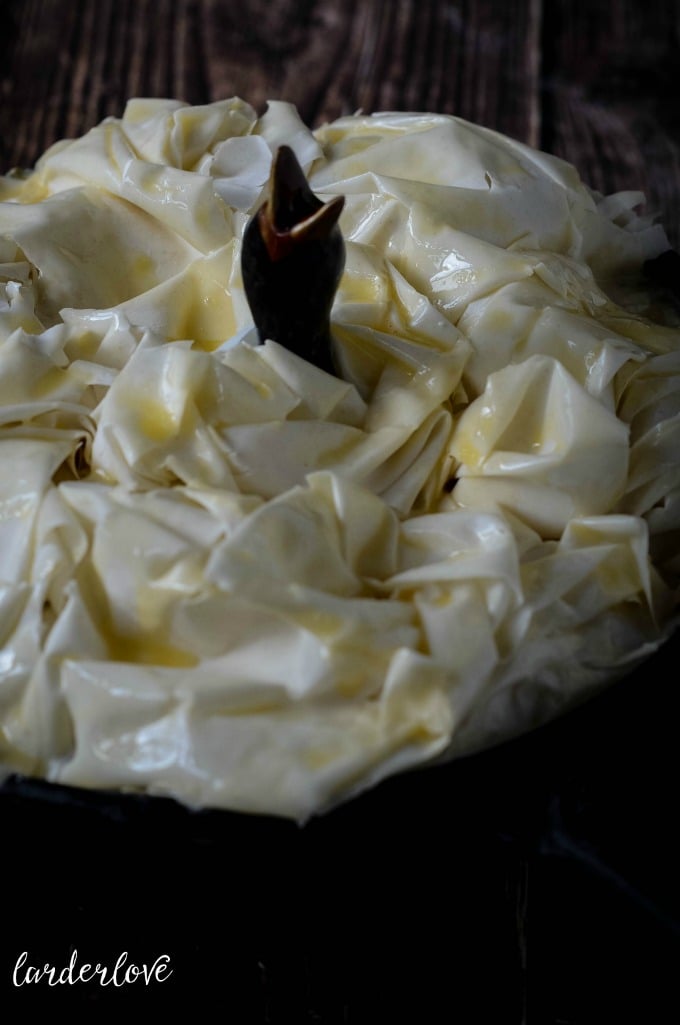 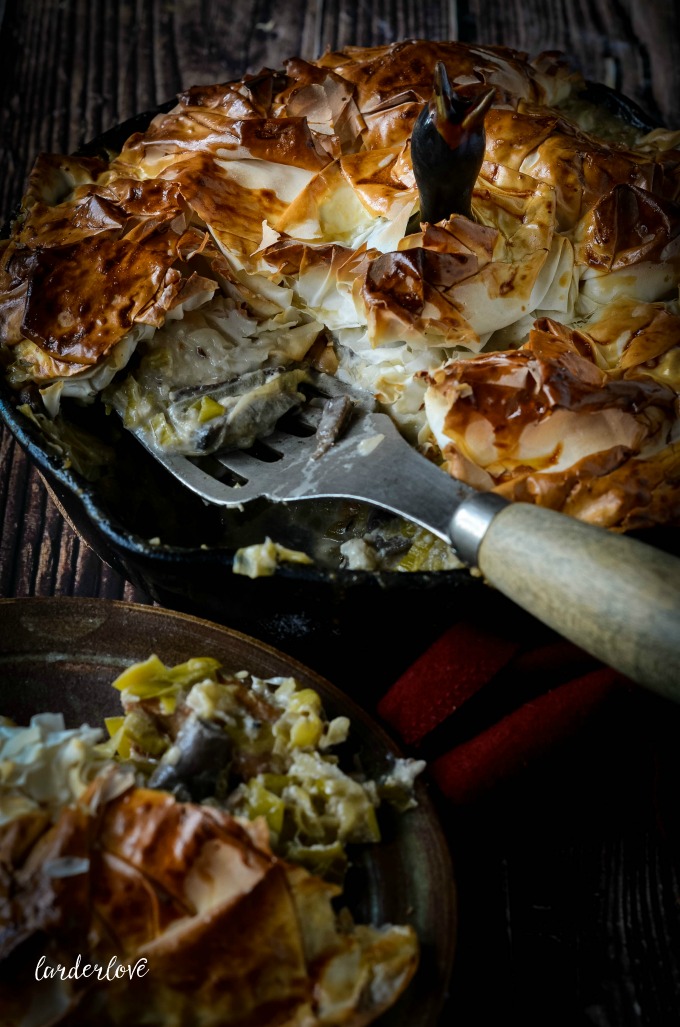 I therefore claim the title of pie! 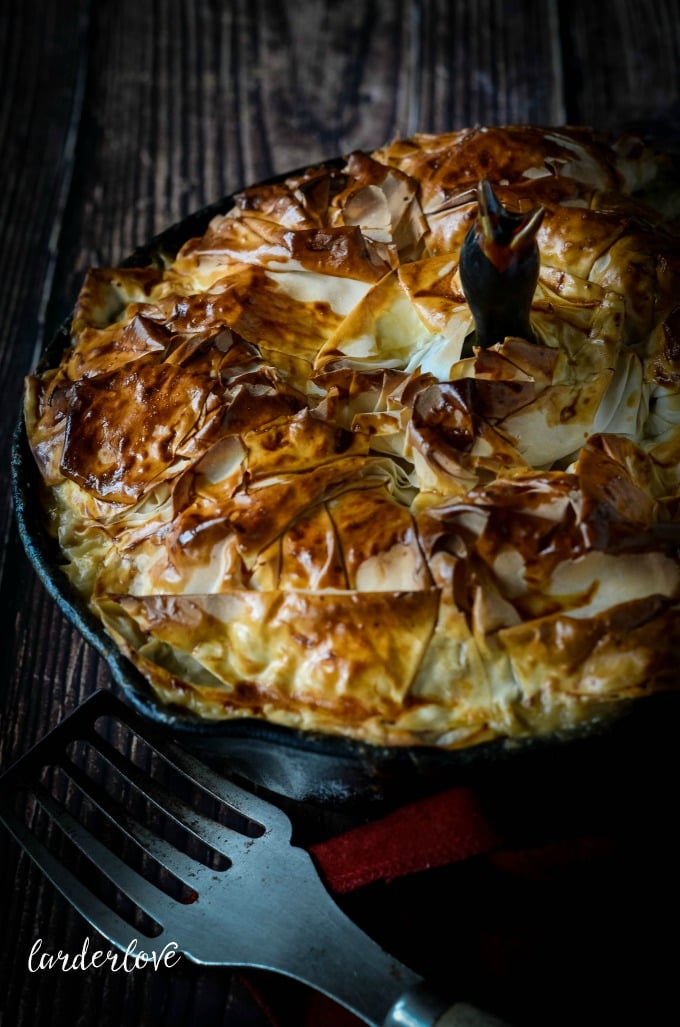 This is such a simple yet tasty pie to make. I just made mine in my cast iron skillet instead of using a standard pie dish. I used scrunched up filo pastry instead of my usual puff pastry. Feel free to use whatever pastry you prefer here.

The blackbird is from my Mum. Goodness, I dread to think how old this little guy is. He has graced every one of my Mum’s classic steak pies for as long as I can remember. He moved here when she died and I think of her every time he pops his read out of a pie. 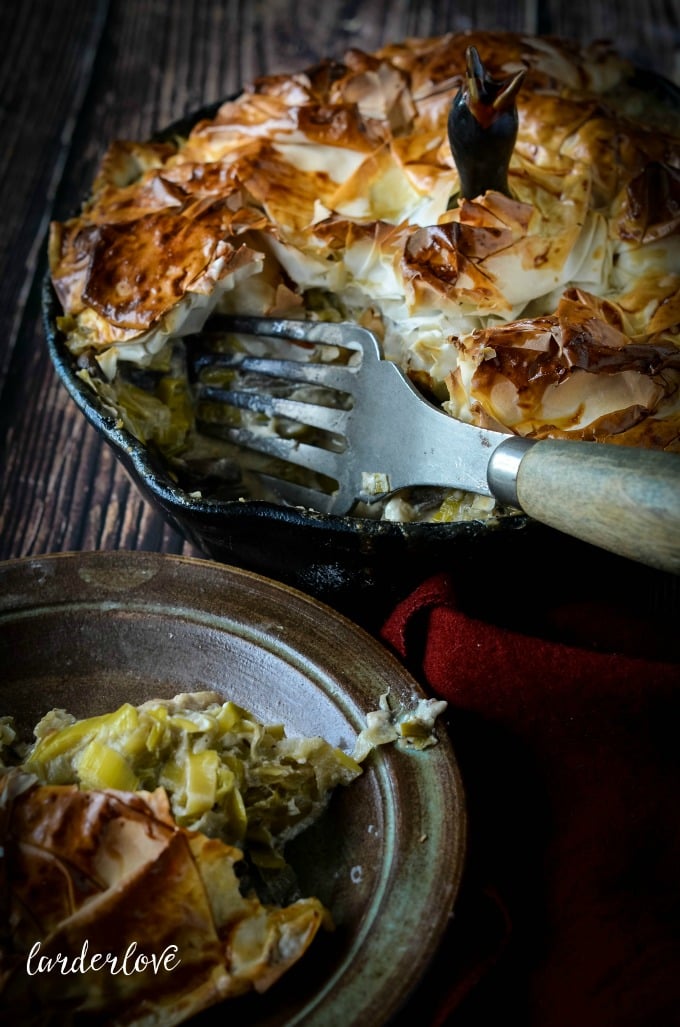 So that’s it, my celebration of British Pie Week. What is your favourite pie? 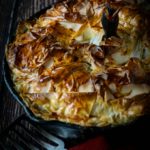 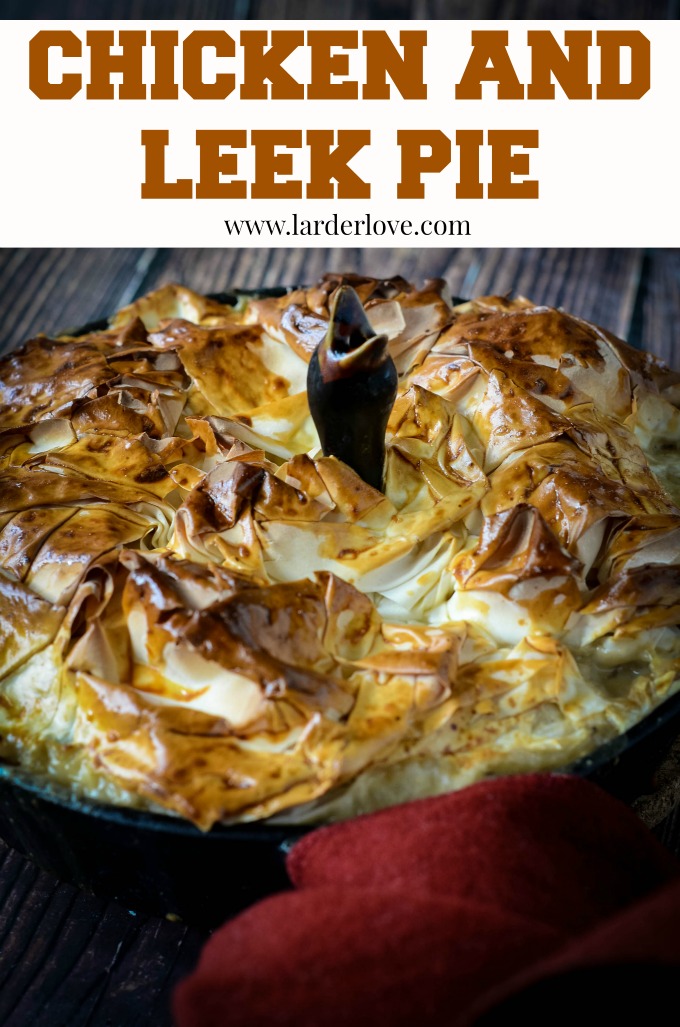