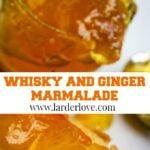 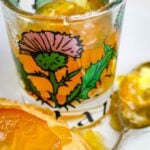 Start your day the Scottish way with this Scotch whisky and ginger marmalade on your toast. What better way to kick start the day! You can also use this as a glaze for roasting meats and in Asian recipes too!

Today I’m sharing my whisky and ginger marmalade recipe that I first used in my book Simply Scottish Cakes and Bakes.

It is an easy recipe and tastes fabulous either on your toast in the morning or with strong cheese and oatcakes in the evening, either way the little kick of Scotch whisky gives it the edge over any other marmalade. 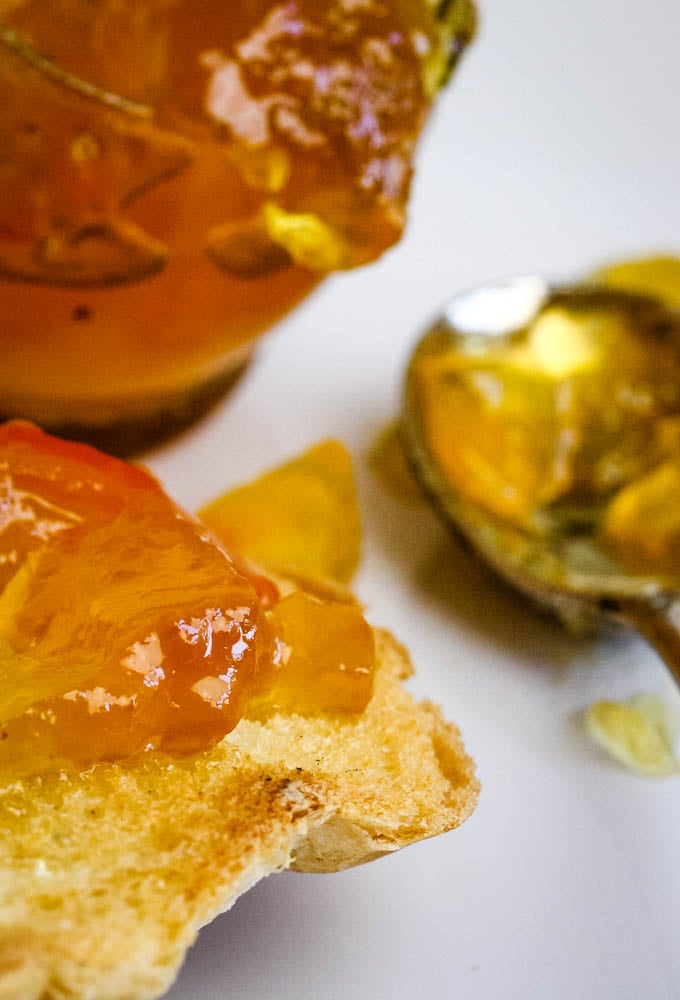 Scotland is famed for it’s marmalade especially in the area of Dundee where Mrs Keiller first created this sticky treat after her husband bought a job lot of cheap Seville oranges from a Spanish ship that had taken refuge in Dundee harbour due to a storm.

The oranges were way too bitter to eat so Mrs Keiller made orange jam – the rest, as they say, is history…….

I love marmalade but I am not keen on the overly sweet confection you usually get in jars in the supermarket.

I like mine to have more of a bitter tang, to be that joyous orange gold colour and to have a good consistency.

Adding the heat of spicy ginger and the luxury of Scotch whisky to the mix just makes it extra special and something fit to grace the finest scone. 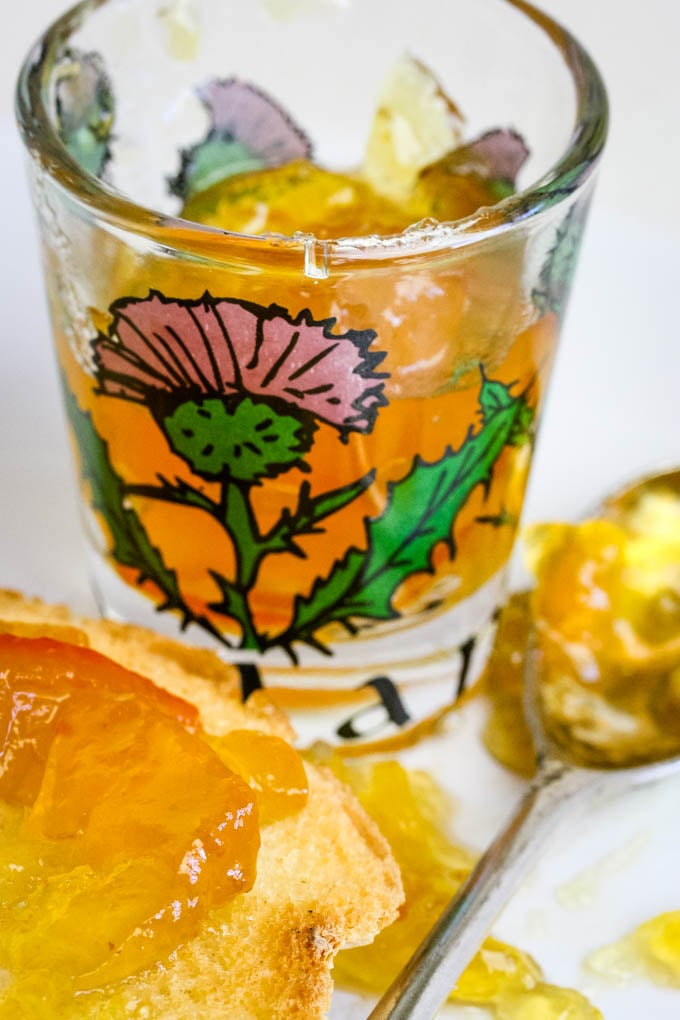 Ingredients for whisky and ginger marmalade

Ginger, sugar, some water and of course Scotch whisky!

How to make whisky marmalade

This recipe for whisky and ginger marmalade takes a bit of time for the peels to become tender through simmering but it is well worth the wait.

See below in the recipe card for full details.

How to serve whisky and ginger marmalade

I use my marmalade in all sorts of ways. From the usual spreading on toast and scones etc.

But it is so useful as a glaze for ham and ribs too.

Also mix some whisky marmalade into ice-cream and sorbet recipes for a sweet, tangy kick of flavour.

Stir it into sweet and sour sauces too. I use this marmalade in my Sweet and Sour Marmalade Meatballs recipe.

Don’t just keep it as something for breakfast time or for those sticky sandwiches so favoured by Paddington Bear. Release your whisky and ginger marmalade from the larder and really make the most of it.

Marmalade makes a great foodie gift so think ahead. This recipe is from my book Simply Scottish Cakes & Bakes.

Looking for more great marmalade recipes for your breakfast toast? Then check these out before you go; 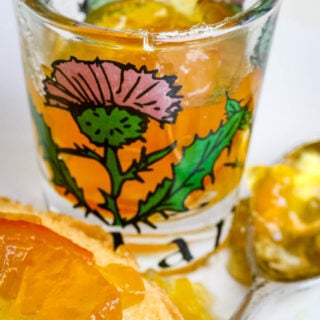 I got approximately 8 x 350g jars of marmalade from this recipe, calories etc are taken from one serving (a tablespoon) of marmalade Use your whisky and ginger marmalade on toast, as a glaze for roasting ham or pork or chicken and in Asian dishes too 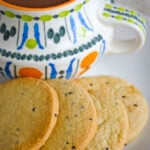 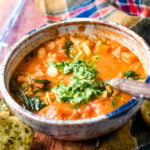 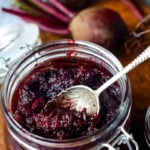 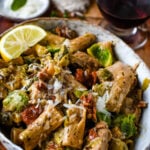 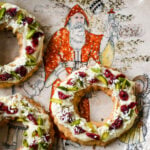 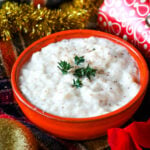 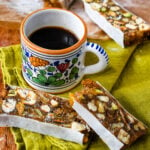 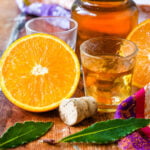 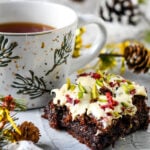 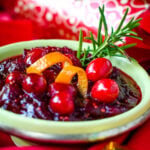 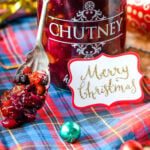