Read on for my recipe for warm leek salad

This is a warm leek salad or Prasosalata as it is called in Greece. In Greece, as in most of the Mediterranean countries, salads are taken seriously. They can be anything from a mix of simple green leaves to feta bedecked horiatiki (the traditional Greek salad). Salads aren’t just something you buy in a bag and toss on a plate almost as an afterthought, no, salads are stars in their own right and some are even served warm!

We often tend to think of leeks as something best chucked into soup or sometimes served with a white sauce, but the humble leek is worth way more respect than that. One of the best varieties of leek we have in the UK is the Musselburgh leek which is my hometown.

Leeks love flavour and in this Greek style warm leek salad with all the added flavours they really come into their own. The addition of garlic, oregano, thyme, tomatoes and dill and served with crumbling feta cheese make this a flavour packed treat.

I love to serve this just as it is as a lunch dish with crusty bread or you could serve it as a side dish with roast chicken, pork or ham.

However you choose to serve this warm leek salad I just know you’ll love prasosalata. 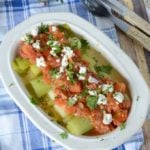 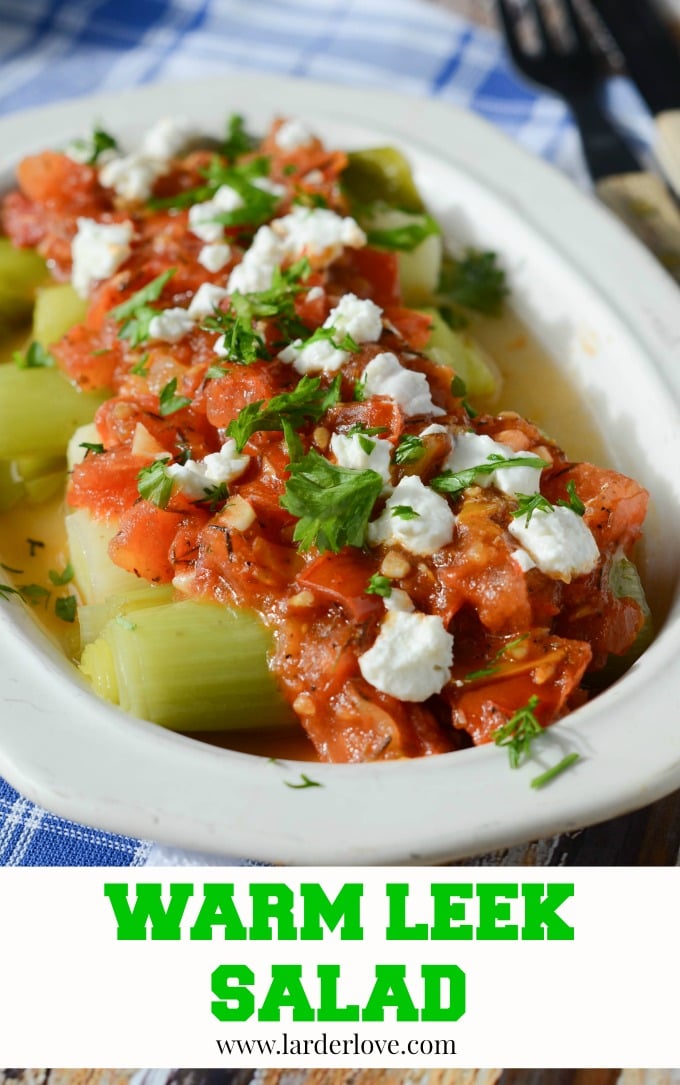