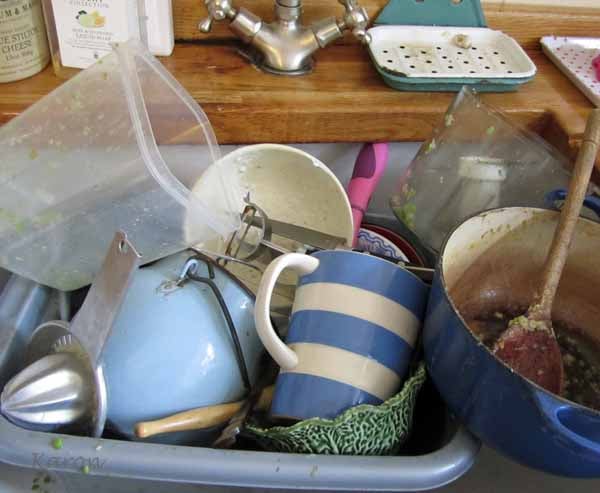 Uuurgh don’t you just hate washing up? If wishes were washes I’d have a fabulous dish washer, but honestly I’ve never really seen the point of a dishwasher for just two people,  but boy oh boy how I wished I had one the other day when I was doing a photo shoot for my next mag article on soups and Scottish recipes.

What smartass thought it would be a cunning plan to shoot all recipes on same day? Oh yes, of course it’ll be easy. stress? No, no, nothing of the sort…….

You just know that there is going to be a fly lurking in this ointment don’t you!

I started off fine, I was on a roll, doing each soup (there were 4 of them) seperately and photographing all the stages. Hell I was even using all sorts of different pots and pans for a bit of variety. This was fun, I was on a roll!

The problem started when the dishes mounted up in the sink and I needed to use some of them to start on the Scottish recipes. By now it was afternoon and I was getting just a tad tired of all this. 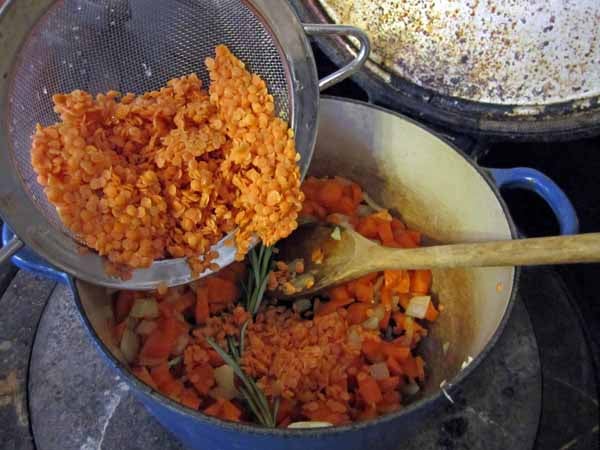 Even Idgy realised that the element of choice would be wiped out of our lives in the menu dept for the next few days, it has been a case of ‘Oh joy, soup again, which one this time?’.

The novelty was wearing off in the cooking and photography front.

Onwards and upwards to the Scottish recipes. 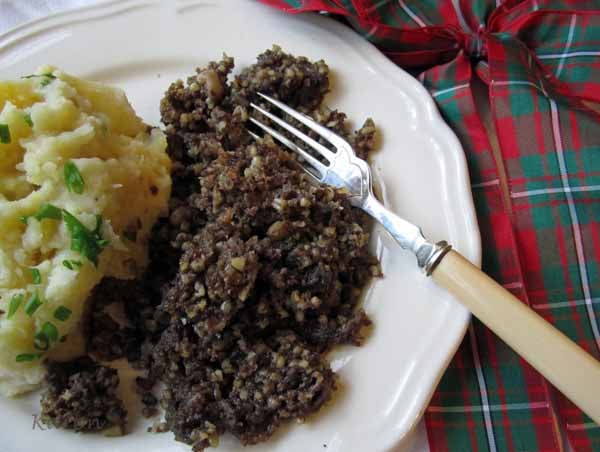 There are another three course to create and photograph. As the afternoon wears on I am fast losing the light and also the will to live.

Normally I just set up and photograph one recipe at a time. This was all a tad ambitious and dare I say dumb.

Where is that dishwasher when you need it.

Idgy leaves the house smartly, something to do with washing up and hating haggis I guess.

PS will be sharing some lovely rcipes later this week on cooking pages.