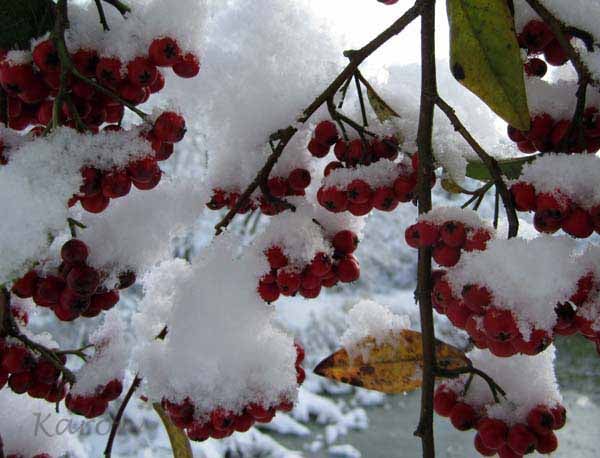 I wish the weather was like this, all snowy and calm. I love the silence and stillness of snow.

The weather condition I hate most in the entire world is wind, wind and rain together is total pits. We seem to have been getting more than our fair share of both over the past month. There was the delightfully named Hurricane Bawbag at the start of December and then every week we have had another lashing from the old gale force winds.

I was all geared up to chat to you all on 2nd January, but alas the fickle weather situation put paid to that by whipping up 100 mile an hour winds and blasting the electricity clean off Walton’s Mountain. There was only one thing to do when stuck in a dark cottage on a horribly day, take down the Christmas decorations.

This is always something I kind of dread, don’t know about you but I always love the bit of brightness the tree brings, that feeling that everyone is going for some joy all over the world. When you take the tree down it seems as if that special hopefulness is switched off and normality returns.

There is also the slight matter of all those bloody pine needles. I realised as I was starting to take down the first of the ornaments that maybe the tree was ready to go. I gathered this information quite quickly in fact, probably in the split second it took for the entire tree to shed every bloody needle all over me in my pj and sox ensemble. I was of course sporting this bed time attire as it was approx 8am and as I’ve said there was no power – ergo, I can’t even see myself and its warmer in the stuff I’ve slept in. Alas flannel pjs and woolly soxs are something of a magnet to jaggy dried out pine needles. See Karon turn from pastel printed sleep person to not-so-jolly-green-prickly-giant in approximately 30 seconds.

Last year the tree fell over on me several times when I had first erected it. Baubles broke and tempers frayed. But it was a bright new tree and it held its prickles in the fall. This years tree had withstood the attentions of one manic ferret searching for his gingerbread man and a lunatic cat who thinks she is a cross between the adventurer Bear Grills and some sort of magic elf on a mission to follow the star and reach the top of the tree . There has been frighteningly strident determination on the part of both animals, but this little tree has withstood such dastardly treatment and stood firm. Alas the needles were now the only firm part of the tree having completely dried out (and yes ladies I had been watering the thing every day, this is an age thing, bit like hair loss in your average man) and they were wanting to leave those branches in a hurry. I was covered in them, in my hair, completely embedded in pjs and in the feet too.

pjs been through wash twice now and still welded together with greenery. Last night found Idgy and I watching Mamma Mia! on TV with the offending fabric (my pjs) on our laps as we systematically plucked needles out of them. “You know you’ve still got them in your hair Mum”, hmmmm yes and that’s already been washed too.

While I’m always reluctant to let go of the Christmas season and take down the tree, it looks like I will be hanging on to this one indefinitely……..

In The Pink
Wind In The Hills
Merry Christmas
Poppies And Places
Share some Larder Love...