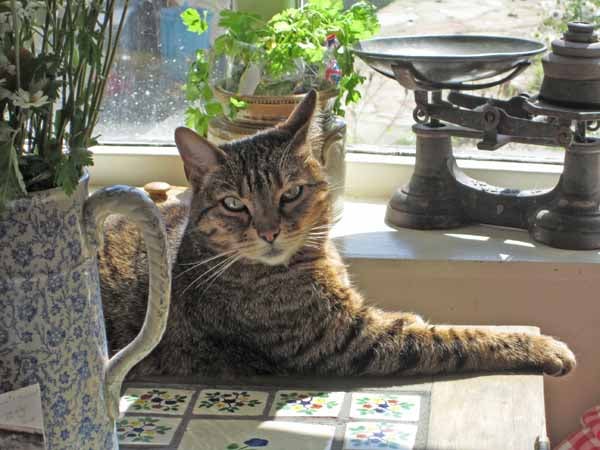 This weekend I visited Mum and stayed at Madge’s place. Now the keen reader (yes, you again) will recall that it was Madge who was instrumental in my getting Minou back in November. I’d been staying with her and mentioned that Idgy and I wanted to get a new cat after the untimely death of darling Hank. Well good old Madge had hit Gumtree right away and that’s how we found the wonderful Minou.

Anyway Madge has never met the lady herself and has always wanted to. “I’ll bring her with me next time I visit Mum” said I in the casual throw away manner of one who hasn’t really thought this through.

So when I rang Madge and said I was coming through she reminded me of my promise to bring The Lady Of The House with me. “No problem”.

Saturday morning dawned and I brought out the cat box. This was Minou’s cue to leave the house at something akin the the speed of an Olympic finalist.

On her return I grabbed her and encouraged her into the basket. She immediately adopted the starfish position so beloved of toddlers when you are trying to strap them into a car seat. However unlike a toddler who can have a tummy tickle and drop their arms, this cat was maintaining position at all costs. I prised her craws one at a time from the edge of the basket and tried to ease her in. She gripped harder and held firm.

It became a two man (woman) opperation to get her in. The other member of the party was the fourteen year old who was keeling over laughing and making all sorts of comments about how this journey could pan out and how glad she was Not to be coming with us. 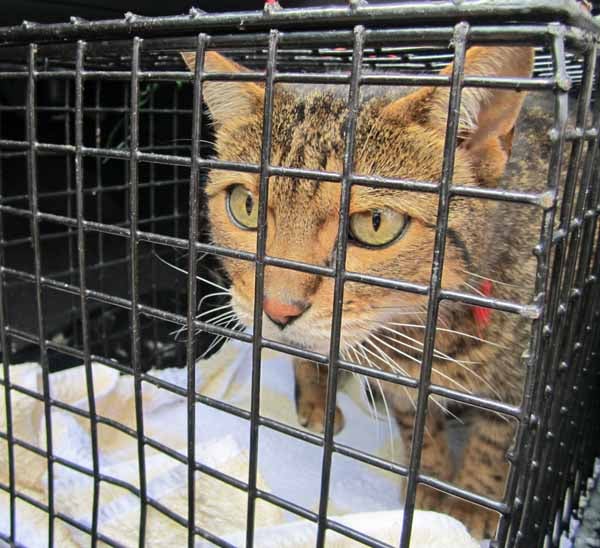 Cat in basket and basket in car, the mood is not carnival. Minou starts to sing before I have turned the key in the ignition. Now when I use the word Sing I am using it in it’s loosest form. Minou’s singing compares not unfavourably with the noise made when you inadvertently stand on a squeaky toy.

Fourteen year old hanging over gate laughing as I drive away.

There is only one thing for it. Up the volume of Garth Brooks. She sings louder, Garth sings louder. I sing along with Garth in vain hope that the principal of 2 against 1 will work. It doesn’t.

By the time we reach our destination after an hour and a quarter my ears are ringing with all the noise of our joint singing.

Madge is thrilled to meet Minou. The visit is a huge success.

When I brought out the basket for the return journey Monou braced herself and took a deep breath. I just knew she was preparing to sing.

PS Mum still with us