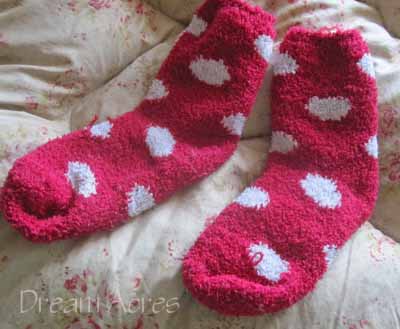 You may well notice that these are not running shoes, they are cozy old bed sox, roaming round the house sox. Are we seeing anything remotely athletic and sporty about them? Alas no.

This time last year I was so thrilled to be able to run again after my enforced months of inactivity due to the dreaded foot ops that I was pounding the lanes every morning come rain, sleet, snow and ice.

It was only when I had to pull myself up (literally) that I came to my senses and realised that running on ice and snow was maybe just a tad silly and poss dangerous. I curtailed my running to frost free mornings.

That was last year, this is now.

Attila The Run phoned the other night. “How you doing? Fit and healthy? Up to a run?”. He is one of those overly enthusiastic bouncy characters that you’d quite happily strangle when you’re not at your best. I had to admit that out of the three possibles in his question I was only able to score 1. Fit and run not being right up there at the top of my list right now.

“You can’t be that unfit, when was the last time you ran?”. Hmmmmm, now I could have lied at this point and muttered something about last week, maybe even 2 weeks ago, but I know Attila too well and he would catch me out. The catch out would probably take the form of an enforced 10k run finding me unconscious and run over by passing invalid carriages/push chairs and kids scooters after a mere 100 metres. I decide to come clean, afterall honesty is always the best policy.

“Haven’t run since we last went out at end of October” I say as casually as possible knowing full well that his reaction will be nothing short of scathing. He didn’t disappoint.

After a good five minutes of his advising (aka badgering) and me whinging I finally agreed that we should meet up later this week for a good catch up and discus my getting fit again and poss joining the gym (!).

Hang up phone feeling somewhat virtuous and head for the kitchen to make a cup of tea. Pass the cake tin and feel obliged to have another slice of Christmas cake. Waste not want not is right up there with honesty and all that.

The cake will be finished soon, promise!