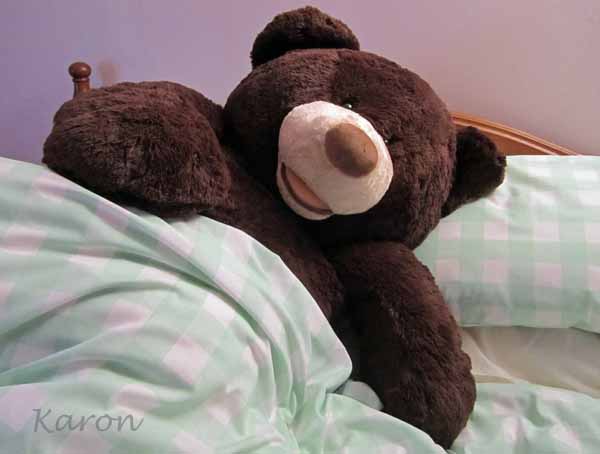 “You’ll be sleeping with Eddie tonight”, how exciting, who’s Eddie and will I like him? Isn’t this just a tad forward, maybe we won’t hit it off, aren’t things moving a wee bit fast?

Ah the thoughts that go through your head when you get an opening sentence like that one.

Actually this sentence was uttered by Madge when I arrived at her house on Saturday evening. It wasn’t her usual opening gambit so I was intregued to say the least. Alas all thoughts of my suddenly morphing into Samantha from Sex And The City were crushed when I met the ‘man’ in question. 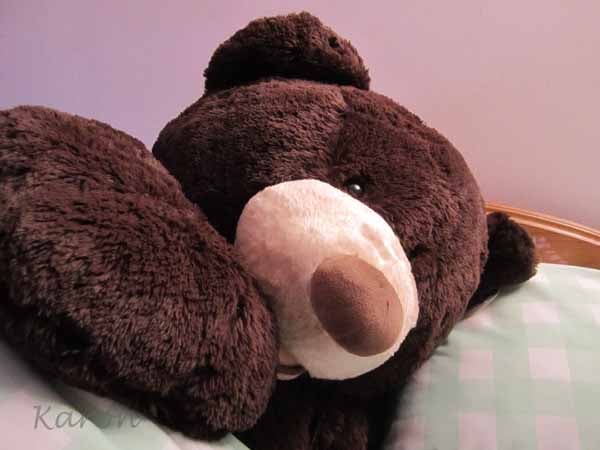 Okay, so he was the requisite Tall, Dark and Handsome. You could maybe even say he was a ‘Bear of a man’.

So he wasn’t Russel Crow or Johnny Depp.

He was kinda cute tho’. 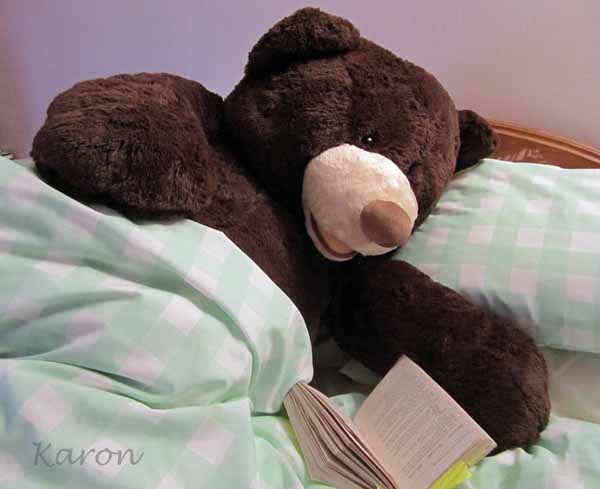 Really there’s a lot to be said for the Eddies of this world;

He had no nast habbits

He was cuddly (oh so very cuddly)

He kept to his side of the bed

There was no talking back

Hang on there was something missing………..

Ah yes, now I remember. Okay so maybe Eddie was missing a little something in the duvet department. But hey, you know what, he more than made up for it in the amount of laughter we had about him over the weekend.

Eddie I love you, you are a star!

email
« 10 2 DO
Autumn Running »
A Wonderful Weekend In The Woods
Goodbye Harry We Love You
The Rowan Run
THE ULTIMATE D.I.Y. EBOOK AND ECOURSE BUNDLE NOW AVAILABLE