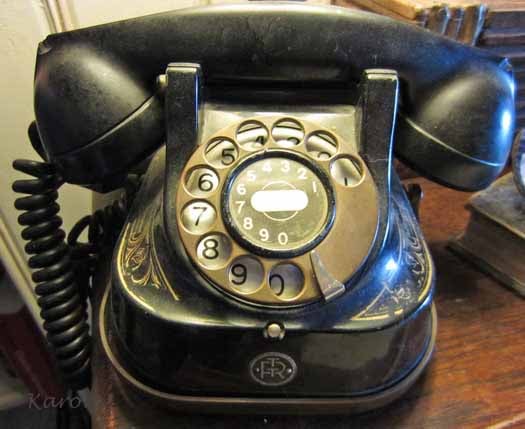 Aha, bet you all thought I was off somewhere sunny whooping it up on holiday! Wrong, I was here all along just trapped in the land on non-telecomunications. Not a nice place to be really, rather quiet, disengaged and out of touch. 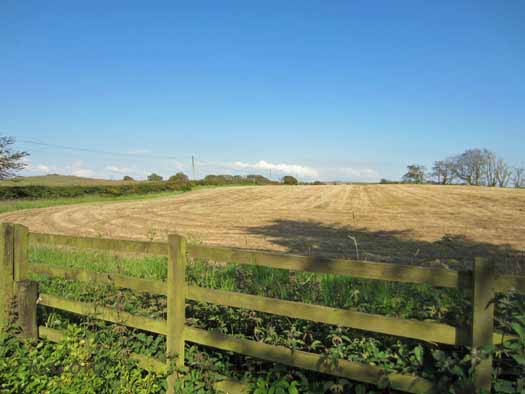 You see, it is ‘that time of year’ again. The time I always hate – last year it caused us to lose poor Baby Puss for over 2 weeks. Yes it is field cutting time.

You know back in the day, way back when, it must have been okay this time of year. A farmer would leap on to his tractor and start cutting his fields. Okay so it took him a while, probably a week to get round all his land.

Not so nowadays. They come in with the biggest monster machines and they hammer up and down the lanes doing all the fields at once. They don’t stop for over 24 hours solid. Now bear in mind that these are all contract workers (who all look about twelve) who are working by the clock. They basically don’t give a shit about anything apart from getting the crop in.

The house shakes as they hammer past all day and all night. The animals are terrified. I watch the clock longing for it all to end. 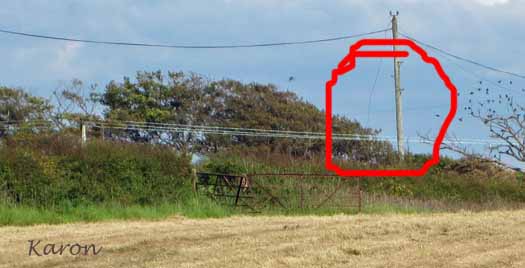 By now I am up the lane and standing beside the broken wire, it is dangling jauntily beside me. Tell chappy on phone that the line is broken. ‘It can’t be, our lines don’t break’. I resist temptation to advise what he could do with said lines. Anyway they said it would be fixed.

This afternoon after taking Idgy and her Dad to the airport (off to Singapore for 2 weeks), I decide to tackle BT again;

Do you know what hysteria is children? No, well just watch Auntie Karon as she demonstrates total hysteria and 3rd degree meltdown with Blackberry in one hand and head in the other.

See that vien throbbing in her head, hmmmmm don’t think it’s meant to be that way. Whoops there she goes, exploding all over the place. Isn’t her language colourful, bet you’ve never heard words like those before have you kiddies? Ah you have, well maybe you shouldn’t be hanging around with all those nasty rough sailor types…..

get the picture, not pretty.

Anyway just after I hang up and calm down enough to remove myself from headbutting the offending telegraph pole, who should arrive but BT.

‘Holy shit, that was fast’ I tell the guys as they jump out of their impressively large lorry. ‘Naw love, we’ve been told there’s a swinging wire, not your phone problem that we’re here for’. There is some gnashing of teeth – mine, as they phone in to base and are told (suprise!) there’s a fault on my line.

‘Aha, that’ll be this wee wire here that’s swinging, should be attached to your house down there, must’ve been them tractors cutting the fields’. Boy this guy is sharp. By now I am just so releived to have them here ready to fix the damn thing, I resist making even the tiniest comment.

An hour later and I have connection. I am back in the world. Boy does it feel good to be back.

Hate those bloody tractors. Who can I phone to moan about it……

Death Of A Camera
Cat Wiz And School Bags
Look Up
Cold In The Country
Share some Larder Love...

email
« I’d like to thank…..
Friends from the past »
A Wonderful Weekend In The Woods
My Country Living
Picture Worth A Million
Plate Power