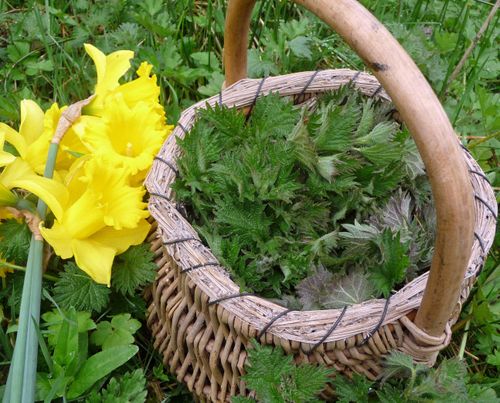 Last night l did one of my pay back dinners to even up the score on all the lovely food l seem to guzzle at friends houses. I decided to go for a Spring and herb theme so started my day by picking nice fresh new young nettle tops for soup. This is the only time of year to get just the right new nettles so make the most of it. Here is the recipe l used for my Cream of nettle soup.

Boil potatoes, drain and set aside. Chop the nettles and toss into large pot with the butter, stir until wilted down. Now add the cooked potatoes and chicken stock with your seasoning. Bring to boil and then simmer for ten minutes. Whiz with your blender and then stir in your creme fraich. 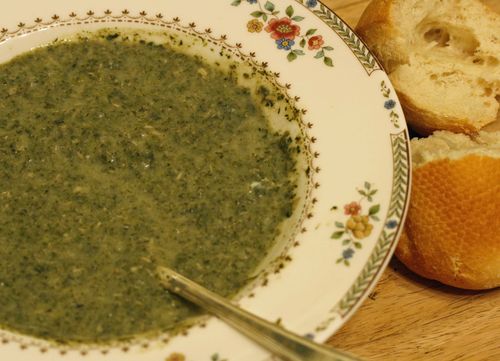 It was a Spring Supper so l went for daffodils and candle-light. 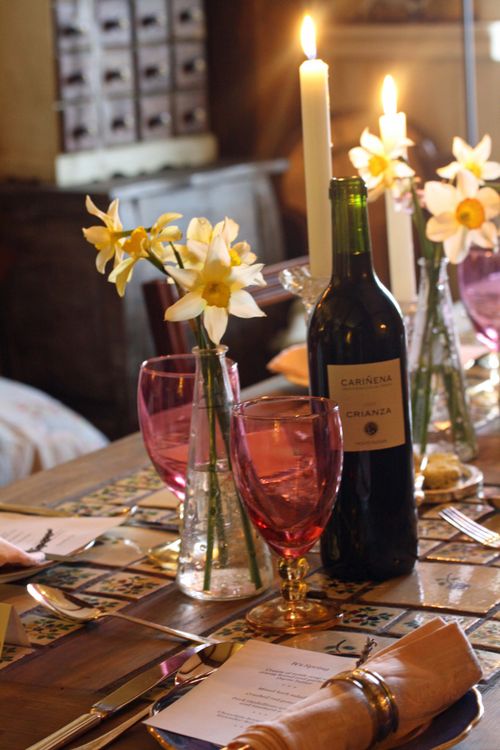 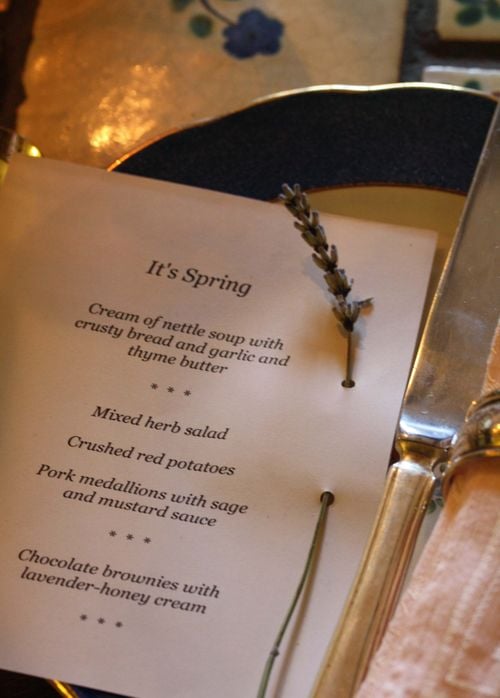 The main course was pork tenderloin with sage and a mustard and sage sauce. 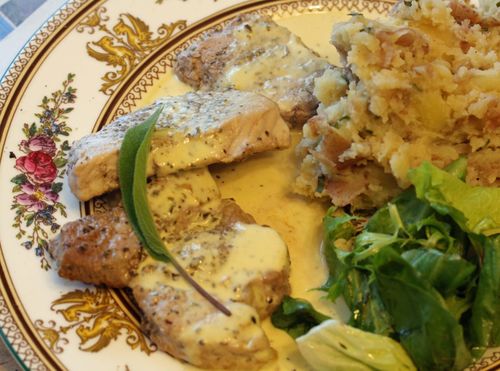 I marinated the pork with a dry rub of dried sage and salt and black pepper. For the sauce l used 8 fl oz of double cream and half a teaspoon of dried sage and a tablespoon of Dijon mustard. Heated cream to boiling and reduced by half. Pan fry the medallions of pork and pour over the yummy cream sauce.

The potatoes are just a slight variation on your usual mash. I used red skinned potatoes and boiled them with their skins on. Then drained and roughly mashed a bit. Add olive oil, butter and salt and pepper and that’s it.

Pudding was Idgy’s homemade chocolate brownies (they were fab!!) with my lavender-honey cream. The infused cream makes a lovely different topping to your desserts. 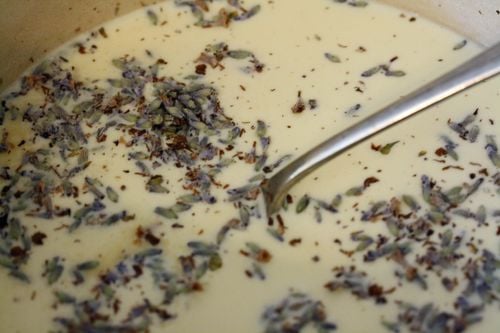 Bring to the boil and stir as it reduces by about a third. Set aside to cool. Strain and put in fridge. Whip till fluffy and serve on pie, brownies or anything you like. I sometimes use this as an icecream mix and put it in the icecream maker. 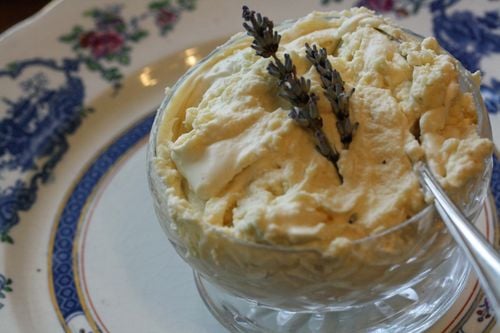 So that’s it, thought l would share part of my lovely evening with good friends and nice easy food. A nice start to the week.