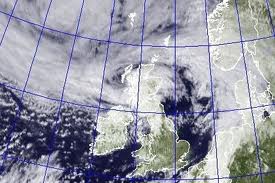 T here really is something a little lazy in just using ‘normal’ names for big storms, here in Scotland we have proved ourselves to be a tad more inventive. Yesterday  Hurricane Bawbag wreaked havock around our fair country.

Now for those of a delicate disposition you might be a tad shocked at what a Bawbag is. Hmmm it’s well, urgh there is no easy way to say this gals, it’s a scrotum. Yep, a ball bag. Okay, said it, now you know. Actually the term Bawbag is used as a very slang sort of insult to say someone is really dumb or stupid – “A right Bawbag”.

So yesterday when our charming little wind hit our fair isle it was named by one and all as Hurricane Bawbag and actually became a Twitter sensation with people worldwide coining the term. 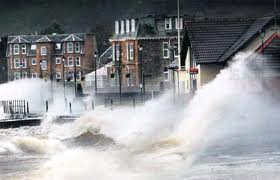 Much fun was had by all on Twitter throughout the day, in fact it was about the only thing in Scotland that was working and we all made the most of it, but meanwhile back in the great outdoors dear old Bawbag was doing its worst.

With winds up to 165 miles per hour it was blasting the countryside with a force that hasn’t been seen in decades, if ever in some places. 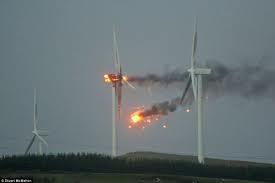 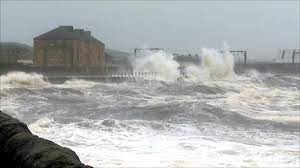 The reason I’m blogging later than usual is that having survived Bawbag and all its drama relatively unscathed on the electricity front, guess what happened when I was typing this earlier this morning. Oh yes, Bawbag got its revenge. All the lights went out.

Even after it’s gone Bawbag still has the power to switch ours off!

Nick Nairn Cook School And Making Gnocchi
Stepping Into The New Year
Friends from the past
February Book Giveaway
Share some Larder Love...

email
« Weather Warning!
A view from the cat…. »
Back On Track
Oh Not Again........
Christmas, Friends and Fun
Say Hello To Nan