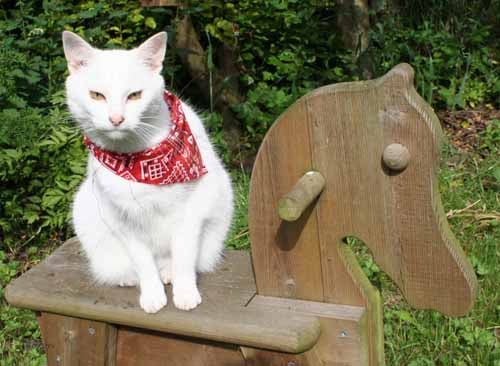 Don’t you hate it when something happens to someone you love.  Hank is my favourite pet of all time. Maybe it’s because I rescued him when Idgy was just a few days old and he was a tiny kitten. They grew up together and she used to call him her brother – what that says about my love life is best left to the imagination! 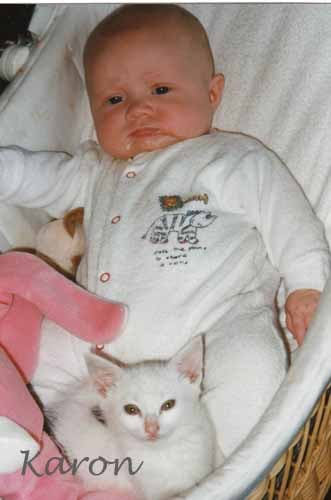 When he was a kitten he looked like an albino bat, all big ears and lots of attitude. He came from a local farm, Tom had seen me out with Idgy for the first time and stopped his tractor for a chat. After admiring the gorgeous little bundle in the pram he asked if I could take on another cat.  We already had three at the time and I wasn’t that keen to add another. “Only if it is a white one?” this popped into my mind, I had always wanted a white cat. “Well it is a white cat” said Tom. I couldn’t beleive it. 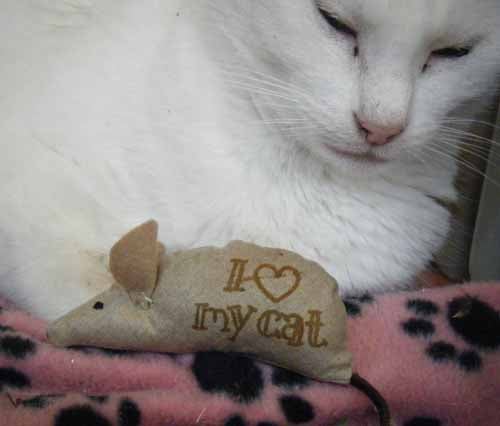 It took Hank a while to settle in, but settle he did – in Idgy’s pram, he was with her all the time. 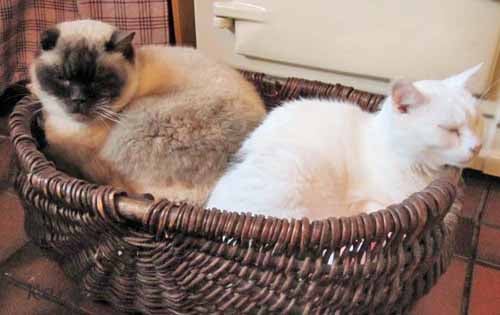 He’s had to put up with a lot over the years – sharing his bed with the overly large Berti. 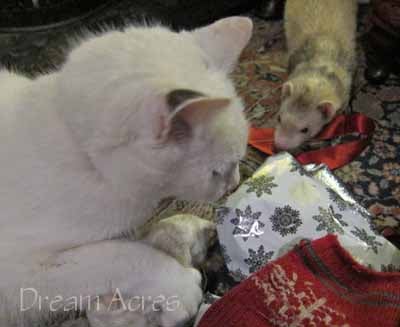 And that bloody ferret! 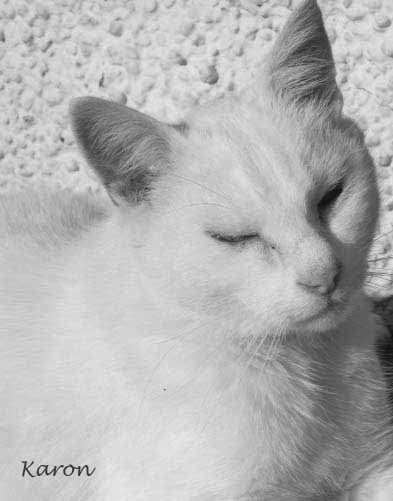 He’s put up with a lot over the years, he is a fabulous furry friend, and he really didn’t deserve to be attacked by another animal the other night and left with huge tufts of fur missing and wounds all over him.

My heart fell to the floor when I saw him. It was raining and he came in soaked to the skin and covered in mud. I thought he was just shaking with cold, but was wrong. When I dried him and the mud came off I discovered the blood and the bald patches. My darling friend was hurt.

Cleaned up and soothed he is a lot better, but still shaken and not keen to go out. Who did this,  I don’t know. I don’t think it was old Scabby Cat as he is tiny and weak. There must be a sodding big bully around, something nasty in the woodwork  of Waltons Mountain.

So this is for you Hank, hang in there my little friend and get well soon.

Hints And Wrinkles
Friends from the past
Gorgeous Gardens Come To Town - Gardening Scotland Show
Running For Charity I Need Your Help NOW!
Share some Larder Love...