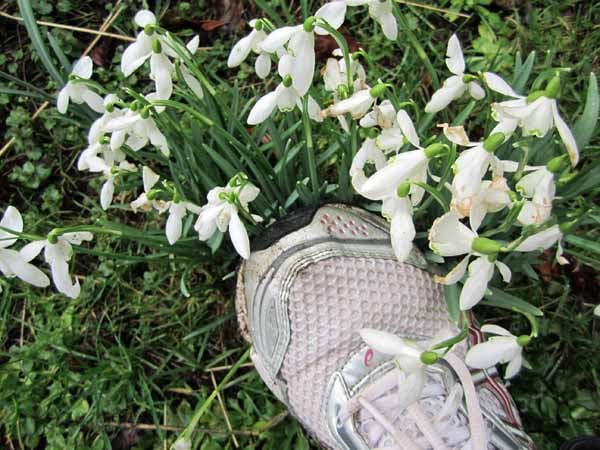 I ran 10k last Friday. Somewhat over excited at this, hitting the biggy again after just getting back into the running again feels like an achievement, something to be proud of, something to shout about.

Actually at the time of the event shouting would have been furthest from my mind (and ability), it was all I could do to breath far less belt out anything resembling a coherent word.

There was no shrinking violet dreading the run and trying to make excuses this time though. After my 8k run a few weeks ago and subsequent 6k runs round about Walton’s Mountain, I was up for going for the big One Zero.

“Yep, going for the ten today” I said to Attila as we set off. He very manfully resisted the temptation to laugh and said “Let’s go for it”. Alas his idea of going and mine are almost poles apart, and he set off at what can only be described as a cracking pace. I cracked.

I have discovered a trick that is useful when running with someone who is fitter and faster than you. It’s a subtle way to slow them down and keep them apace with you so that you are not left behind in another county looking like a red faced loner when dog walkers go past you at a faster pace. This is the trick of – Talking.

Yes the simple act of talking and engaging the other in conversation means that out of politeness if nothing else they will stay within at least ten feet of you so they can keep up their end of the conversational bargain. It works a treat.

Attila slows pace so he can her the drivel that I come out with and trots alongside chatting as we go. What joy I am not faced with the prospect of seeing him scamper off into the distance with me losing speed and initiative with every step.

I’m multi-talented you know, really it’s amazing, I can talk and run all at the same time. I keep up a constant stream of chatter (some might call it banal, I call it the bits and pieces, nuts and bolts of life) about films, friends, the weather, you name it and I talk about it.

It keeps us at a more manageable (for me) pace even though the chatter becomes more breathless and a tad gaspy as the run goes on. By the time we reach the home straight I am almost (but not quite) speechless and I can feel the waves of joy radiating from Attila at the greater degree of silence he is now appreciating.

My first 10k of the year. Enough breath at the end for a High Five and a “Whoopteedooooooo!”.

Something to talk about………

PS No snowdrops or other flowers were harmed in the creation of this post/photo – I’m not actually standing on them, honest!