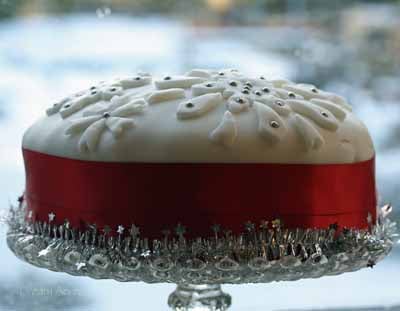 Brace yourself ladies, Christmas Has Landed!

Well it will have if you give me half an hour to get the mammoth blog post up in the cooking area that is the ultimate class 101 on Making Your Christmas Cake – So Easily!

Christmas has been with me on and off throughout the year. First we had the dismantling of the Real Thing back in January. Carefully packing it all away and clearing up the mountain of pine needles that my somewhat out-sized tree had created and been sporting enough to spread liberally throughout the entire house and tuck away into all sorts of interesting places.

Then I started writing So Easy Christmas, so Crimbo in all it’s glory was back out again. I was totally immersed in it. Crafts were made and remade, recipes were tried and tried, and tried and tried again. How many sprouts went down is really way beyond a joke. Photos were snapped and a few tempers too.

Christmas was finished. Well for a couple of months.

Christmas was back again in the summer with the proofs from the publisher for photo checking and corrections. Not satisfied with that as an extra little soupcon of the Festive Season, I gamely decide to shoot a few videos on the Christmas crafting techniques from the book. Oh ho, Christmas is back in full swing again!

October hoves into view and the shops are gearing up for Christmas in real, if somewhat unnecessarily early time. My book So Easy Christmas is now released, I am now well and truly on the Christmas Bandwagon again. With Country Living Christmas Fair last week it all got too much for me, I just had to accept it –

So the other day I thought it was high time I just gave in gracefully, embraced the season with open heart and open mind. ‘I shall make the cake’ I thought and delved into the depths of the larder to get my supplies. Everything was in place (even the chocolate!), or I thought so until I looked in the fridge to get the unsalted butter. Who’d’ve thought that someone who has been doing herb cooking talks for the last two weeks and using half pounds of butter every show could actually not have a stick of the damn stuff in their fridge. I toyed with the idea of using cream cheese instead, but thought this might be a step too far in the avant gard school of cookery so headed off to the village on a dairy product mission.

Back from the shop and armed with buttery goodness I tackled the cake. I hope you’ll enjoy the recipe (the Chili Chocolate really gives this cake a kick!)  and if you feel the urge to get in there and Have A Go, please do let me know how you get on.

There is no escape now, it’s beginning to look a lot like Christmas…………