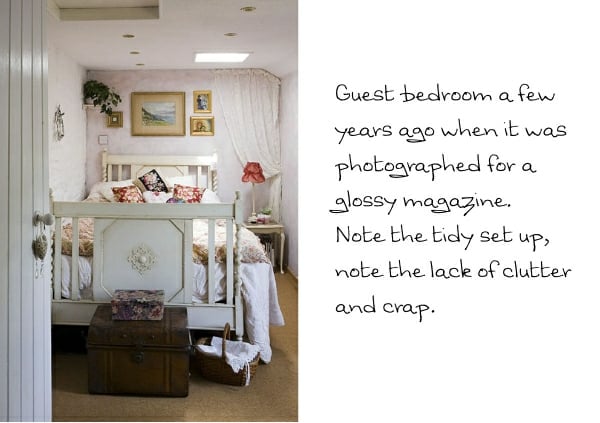 Have you been wondering what I’ve been up to this week? No, oh well I shall share anyway, I’m just that kinda gal! I have actually been busy, very busy, doing stuff I had sort of planned (well thought about anyway) but didn’t think was possible.

As the keen reader (yes I know you’re out there, oh please be there. Am I alone? Hellooooo?) will know, I have my computer in the diningroom with the table pushed up against the wall (well almost, it is too long which means it sticks out and you can’t reach the wall to use a pin board or anything) and as close to the window as possible to grab any light I can. You see the drawback with an old (over 200 years) cottage is that the walls are about 3 feet thick and there are small poorly placed (north facing) windows. Ergo no light, it is sometimes akin to living in a burrow only with furnishings and the odd rug.

Anyway I have been wishing for light to work in, have been trying to work out where I could have the computer and all my writing stuff. There are only two nice bright rooms, the kitchen (been there done that, nasty teenager kept telling me off for taking over the table and having nowhere to eat) and the little very pretty spare bedroom.

Hmmmmmmm the spare bedroom. Now just how often is it used? Let’s be honest friends usually just come to stay the night so really they could sleep on a sofa bed, they don’t really require their own room.

Oh there was much gnashing of teeth, furrowing of brow and worry if I was doing the right thing. Much chat with Sue over coffee and cake, should I, shouldn’t I?

Well this week I did!

I have created my own study.

But first I had to de-create (okay no such would but like the sound of it) the spare bedroom.

The lovely little bedroom is no more.

I was going to video the distruction, but alas my flip camera was out of charge. There was a choice here, I could charge it up and wait and thus lose momentom and not bloody do this. Or I could just get on with it and take some snaps. 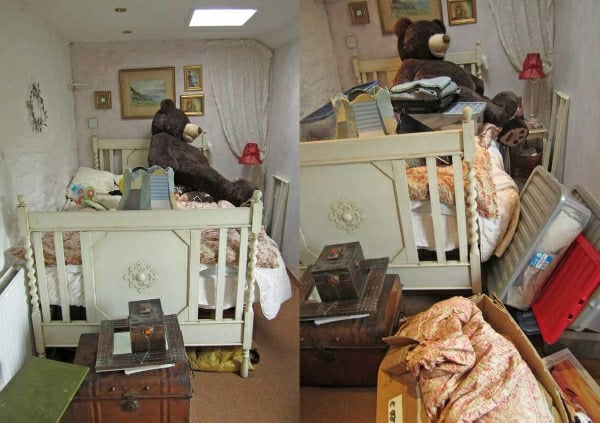 While the piccie at the top of this somewhat rambling post shows how the room used to look. This is what it looked like the other day.

All the stuff piled up on the right pic is what I had cunningly stowed under the bed.

I dragged everything out and hauled it all into the diningroom. I was working on the premise that if I have it someplace bloody annoying I will do something about it NOW. 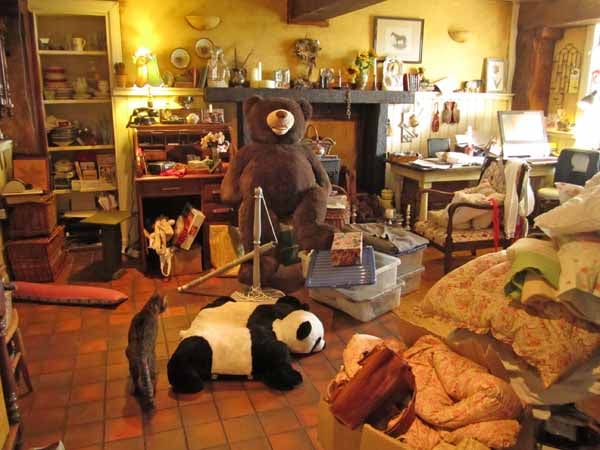 Whose dumb idea was this move?