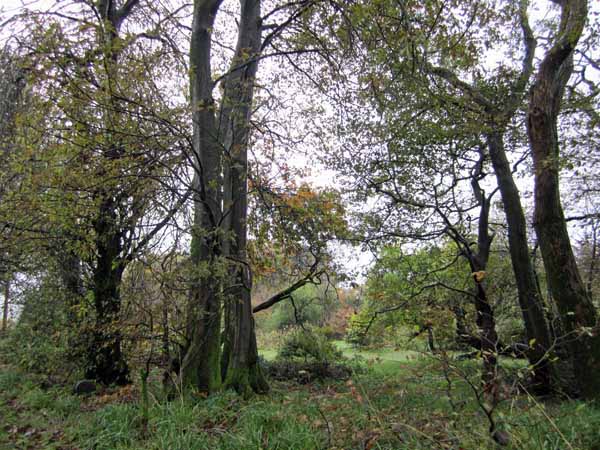 Ah the woods are dark and deep – er, no they’re not, they are all golden and colourful and friendly just now.

The woods around here are really at their best just now. Trees covered in changing leaves, reds, golds, ochres and greens.

Makes running more interesting when you can count the colours around you, see what colour leaves you’re treading on as you bound along.

I’m still not completely convinced about this running lark. I’m okay when I get going if I’m running with someone else, but there is just too much of a temptation at this time of year to say ‘Sod it, it’s raining’ and leave the trainers alone.

Went out with the dreaded Attila last week and actually managed 10k. Okay I admit there was a good bit of huffing and puffing and maybe even a teensy bit of whinging on my part (who me, unheard of!) but still I made it and felt suitably chuffed afterwords. But it’s getting the enthusiasm to go out and do it at this time of year that is difficult. 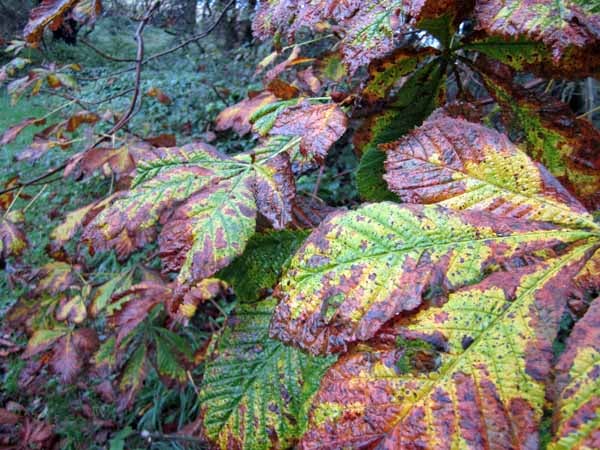 There is one advantage to this season, the farm that I run through (aka The Tip In The Dip) has their cows all in the byre for the winter. They are no longer marching across the lane twice a day and pooing everywhere. Let me tell you that this makes a HUGE difference to the runner and walker in this area. There is nothing worse than approaching the dreaded Dip and seeing that sea of cow poo and wishing that wings would sprout from your shoulders and carry you across. Instead you make valiant efforts to mince along the edge of the lane, you are almost hugging the hedge and this is fine till you get to the worst bit, the flat bit that is open to the farm yard. No hedge to climb in now, you are there in the open, you and the acres of cow poo. Your nice white trainers and this sea of sh*t, there is nothing for it, you have to bound through it and close your mind. Don’t let thoughts of oozing gunk enter your brain, resist temptation to look down and become even more stressed by the sight of the damn stuff splashing all over your sox as well.

Urgh really I’m not a country bumpkin at all!

email
« Sleeping Partners
It’s Christmas!!! »
And The Winner Is.....
The Escapees
Time Out
Meditation And The Secret Garden