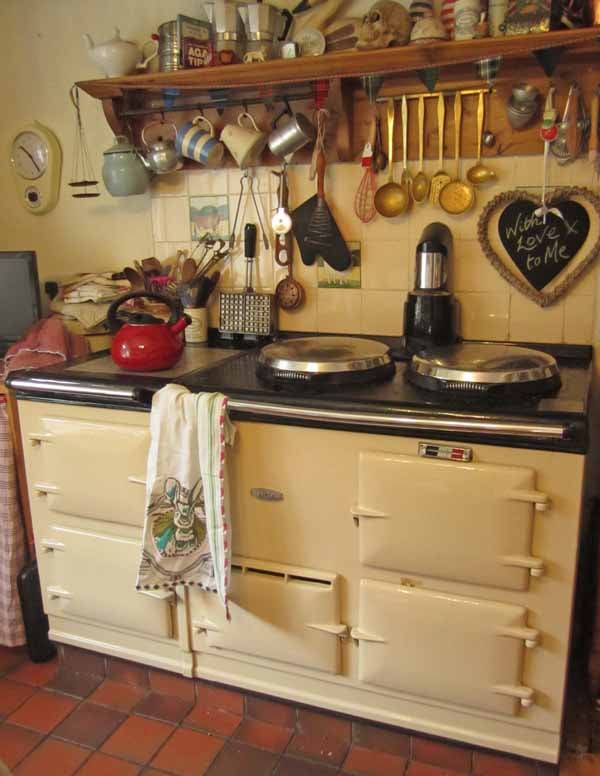 The keen reader (yes you are there, aren’t you?) will recall that I have mentioned my beloved Aga a few times over the years of this blog. I have talked of its ups and downs, the little quirks and peccadilloes that make it almost human and of course its temperamental attitude (half temper half mental).

I have bemoaned a breakdown a couple of years ago and a few mentions of burnt offerings when I forget I’ve left something in its depths.

I love my Aga, it is the soul of the heart (kitchen) of my home.

It was with something akin to horror that I realised it had died on Saturday morning. The well placed kettle did not whistle its cheery tune to announce the imminent tea fix. No, there was an searytrange silence in the kitchen, the kettle wasn’t boiling.

Now for most folks you’d just flick an electric switch, twiddle a dial on the cooker. Not so with an Aga. One just feels the hot plate and discovers that it is hot no longer. On further examination, bending down to open the little door into its heart, one finds that the flame has gone and the heart beats no more.

Reaction – Oh f*%*k! Instant panic, visions of starving to death, freezing and of course being eaten by alsatians in the manner of Brigitte Jones. The fact that I have no alsatians or any dog for that matter and that being nibbled by a cat and a ferret would hardly kill me doesn’t matter. I am in Agaless panic mode.

Phone AgaMan for help. He can come on Sunday. I then spend Saturday in cold house and having to use mini holiday electric kettle for sustanance and eat cold food. 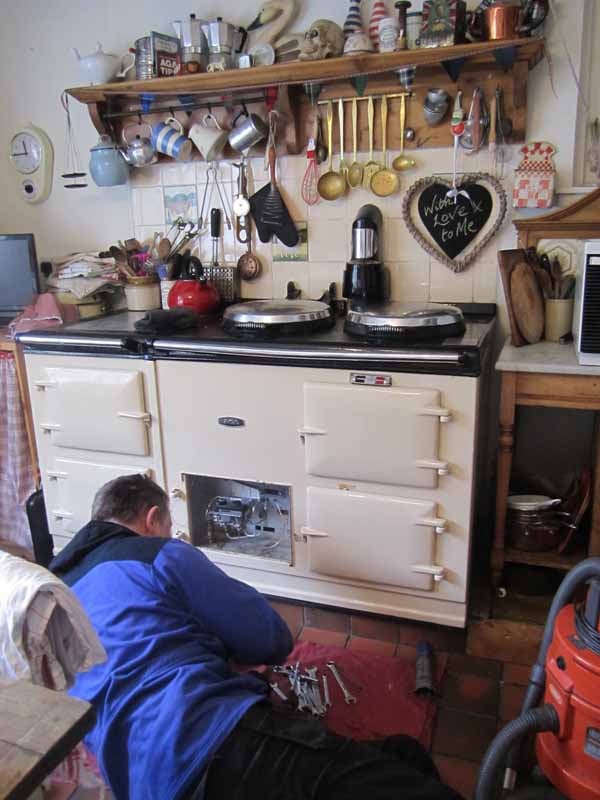 You can keep your Superman, Batman, Spiderman et all, give me an AgaMan any day!

Mark arrives on Sunday morning and assesses the patient. He agrees that she would appear to be somewhat dead. Stone cold dead – never a good position for the old heat loving Aga.

“Hmmmm could be your thermo coupling” he mutters while flat out on the floor with bits of my beloved scattered around. I resist the childish urge giggle at the vision those words spark up and instead switch on the mini kettle for coffee.

It is discovered that the first titter inducing diagnosis is not the cause of death. No, after sweeping out all the soot he discovers it is fluff that has blocked two little valves and caused the flame to burn orange and then go out completely.

It is beginning to sound like a puppet theatrical going on within  the Aga. Detective Sweep comes in to deal with a troublesome Sooty only to find that Fluffy is the culprit all along.

Much fiddling about, tweaking of valves, repacking and a general overhaul and the good lady is back from the teeth of death and breathing again. 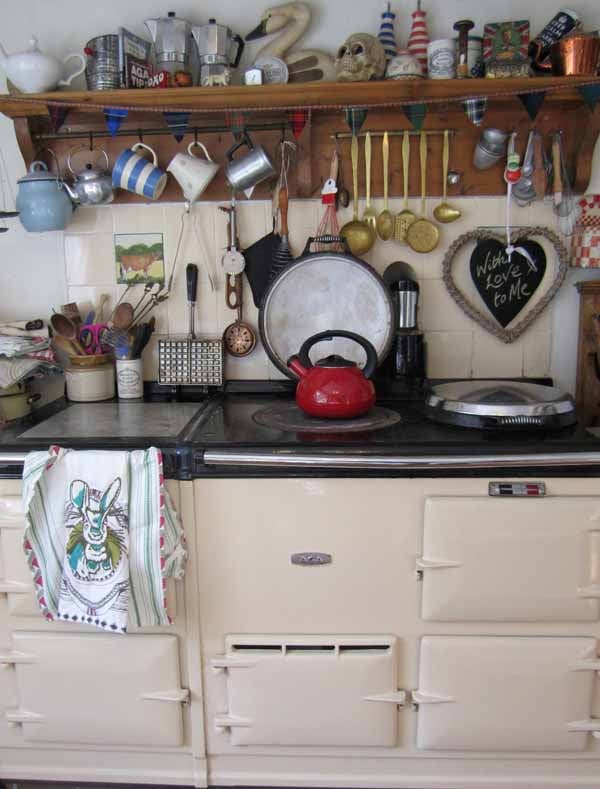 Give her a few hours to warm up and there she is by the end of the day. All guns blazing, firing on all cylinders and heating the kettle like a star.

I love my Aga.